A brave starship crew are drawn into the schemes of interplanetary powers competing for galactic domination in this new epic space opera.

Aconyte Books are excited to announce the first in a new series set in the world of the best-selling strategic boardgame, TWILIGHT IMPERIUM. The Fractured Void, Tim Pratt, releases worldwide in November 2020 as part of our Fall line-up. Tim Pratt is the award-winning author of the highly acclaimed space opera series The Axiom, lauded for his clever plots and inclusive, entertaining characters. We had a quick chat with him over the internet from his home near San Francisco, to get some more information for you about what he’s planning to bring to the table. 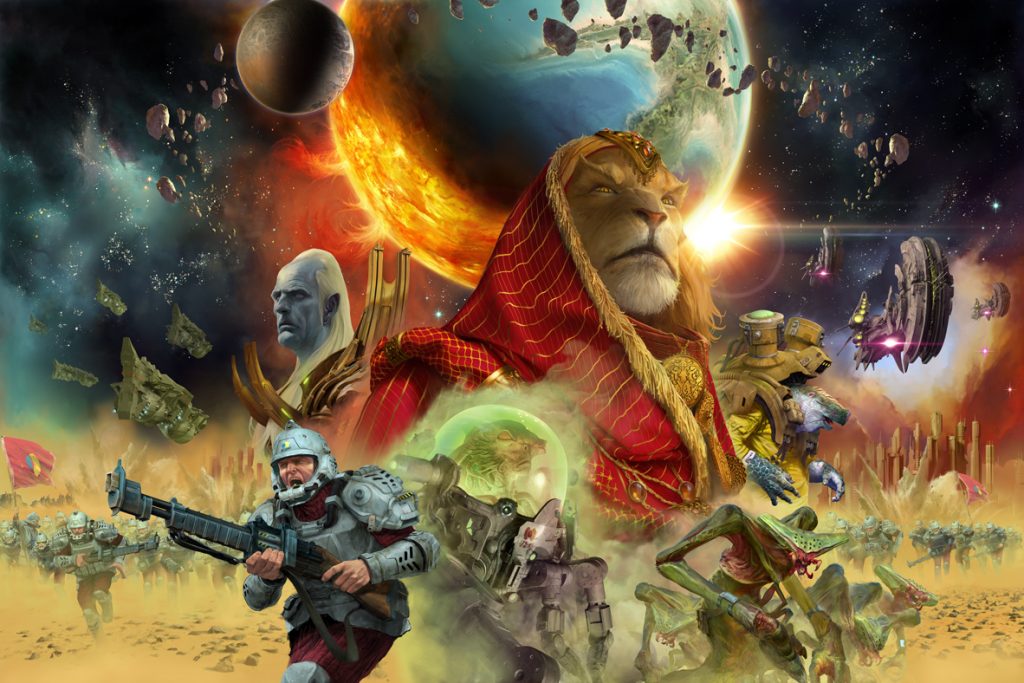 A scientist develops technology to punch holes in space, and so lots of people want to punch him and steal it.

An ill-tempered and amoral human scientist living as a recluse in a backwater colony of the Mentak Coalition claims he’s created a new technology, one capable of creating wormholes—an advance that could forever shift the balance of power in the galaxy, and allow the faction who controls that power to lay the foundations of a new empire. Captain Felix Duval of the Coalition ship Temerarious and his multi-species crew are charged with shepherding the scientist’s plans toward a working prototype—or proving that he’s a fraud. Meanwhile, agents of the aggressive Federation of Sol and the repressive Barony of Letnev join forces to pursue and capture the scientist and his technology… or at least make sure no one else can get it. This fast-paced novel set in the world of the legendary Twilight Imperium strategy game features heists, jailbreaks, battles, scams, and personality conflicts galore.

Twilight Imperium is a much-loved game in the community with a massive fanbase –  are you a fan of the game? Did this affect how you approached this project in any way?

I’m a big fan of long, intricate games, and Twilight Imperium is the legendary gold standard for those. (One of the few advantages to sheltering-in-place in these pandemic times is that my family is more willing to play such games than usual; I even got them into Fury of Dracula and Dead of Winter, and am contemplating blowing the dust off my long-neglected Arkham Horror box.) I jumped at the chance to explore the world of Twilight Imperium.

You’re no stranger to creating intergalactic space opera. How different is it to invent stories in someone else’s universe?

I’ve done a lot of tie-in writing over the years, mostly in roleplaying game universes (Forgotten Realms, Pathfinder Tales), and writing for Twilight Imperium honestly scratches the same itch. It’s a strategy board game, sure, but it has an astonishing amount of lore and backstory. My philosophy when writing in someone else’s universe is to tell stories that take advantage of the setting while celebrating the elements that fans most love. I get to write about space lions!

What elements especially appeal to you about the Twilight Imperium universe?

The vastness of the different alien species available, and the wide array of cultures to explore. Take any two factions, put them in conflict, and a million ideas for stories bloom; add in more factions, and that increases exponentially. I can’t explore every faction in one novel, but I can dive deep into a few and touch on several more (and we can always visit more in future books). The world of Twilight Imperium is huge, and lends itself to all sorts of exciting stories, from space pirate adventure to political manoeuvring to espionage to haunted-house-in-space tales.

And Bonus Question from our Nick who’s just dying to know: How do you get into the headspace of a completely alien species… ones who might not even have heads?

All the playable aliens in Twilight Imperium have something in common with humanity: they want stuff. Desire is the common language that drives character motivations (and character is what drives plot).

Whether you’re a telepathic serpent or an ocean-dwelling scientist with tentacles, the universality of desire makes you comprehensible.

Admittedly, there are some factions that are harder to write point-of-view characters for, because their mental process is so alien – the Nekro Virus and the Arborec come to mind – but there are tricks for writing entities that are insane by human standards or possessed of a group consciousness (stream of consciousness, first-person plural viewpoints, and so on). Science fiction is all about imagining alien mindsets, or familiar mindsets confronted by alien circumstances and writing Twilight Imperium will give me the chance to do both. 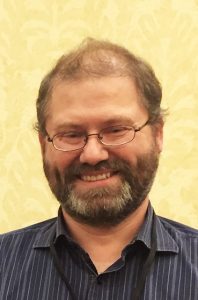 Tim Pratt is the author of more than 20 novels, most recently the Axiom space opera trilogy, including Philip K. Dick Award finalist The Wrong Stars, The Dreaming Stars, and The Forbidden Stars. He’s a Hugo Award winner for short fiction and has been a finalist for Nebula, World Fantasy, Sturgeon, Mythopoeic, Stoker, and other awards. His latest collection is Miracles & Marvels. He tweets incessantly (@timpratt) and publishes a new story every month for patrons at patreon.com/timpratt.

Stay up to date with all our Twilight Imperium announcements and news here:

Comments
PrevExplore thrilling epic fantasy adventure in Legend of the Five Rings’ The Night Parade of A Hundred Demons by Marie Brennan
Join us in Terrinoth for epic adventure you’ll not soon forget. Introducing The Doom of Fallowhearth, by Robbie MacNivenNext