A mystery death brings a dilettante detective to life, and drags his long-suffering bodyguard into a nest of intrigue that will test their mettle, and their blades… introducing our second novel set in Legend of the Five Rings‘ rich fantasy world: Poison River by Josh Reynolds, released worldwide in August 2020.

This is the first of the Daidoji Shin Mysteries, pitting a scandal-prone Crane noble against clan machinations across Rokugan. One of our favourite elements is the relationship between the louche detective Shin and his fearsome and heavily armed sidekick, Hiramori Kasami. Follow the clues below for the full synopsis, jaw-droppingly gorgeous cover art, courtesy of John Anthony di Giovanni, and some searching questions for Josh.

A charming slacker aristocrat discovers a talent for detection and a web of conspiracies in the Emerald Empire, backed up by his badass samurai bodyguard.

Legend of the Five Rings has an interesting clan structure, why are the Crane the right clan for this story?

I wanted to capture the feel of a Golden Age mystery – a Peter Wimsey or a Campion, say, where a dilettante nobleman investigates a crime that the authorities can’t – or won’t – solve. The Crane are the perfect clan for that. Their background places an emphasis on courtly intrigue and diplomacy as their members navigate the invisible tides of influence that binds the disparate parts of Rokugan together. A perfect set-up for the sort of character I wanted to write, in other words.

Who are your favourite detectives in fiction, and how do Daidoji Shin and Kasami measure up?

As you can see, I really like detective fiction. It’s probably my favorite genre.

As far as how my characters stack up…well, that’ll be up to the readers, won’t it? I’m hoping to catch a bit of that Dorothy Sayers magic with them – or maybe Nick and Nora Charles, without the romance. Some banter, some action, a scene where everybody sits in a room while the detective explains the plot… but as I said, it’ll be up to the readers.

From Arkam to the City of the Rich Frog, how do you change gears between star-born terrors and competing samurai clans?

It’s easier than you think. My Arkham Horror novel is a mystery as well, just a different sort. At the moment I’m rereading all of the background material in preparation for starting the first draft, and I’ll be spending the holidays reading some old mystery favorites in order to get in the proper frame of mind. Hopefully it’ll all congeal into something grand! 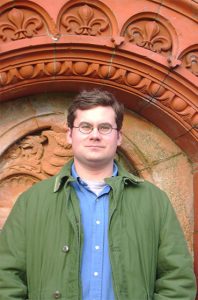 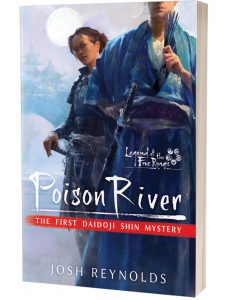 When Arkham is captivated by a gifted artist, the walls between reality and fantasy break down, and who knows what terrors lurk beyond those walls…  introducing our second Arkham Horror novel: The Last Ritual by S A Sidor, which paints a terrifying picture worldwide in…

A mysterious city hidden in a snow-choked mountain pass: an opportunity and a threat for the noble Crab clan – it’s the setting for our first revealed novel! Arriving in bookstores in May 2020 is our first expedition into Legend of the Five Rings:… 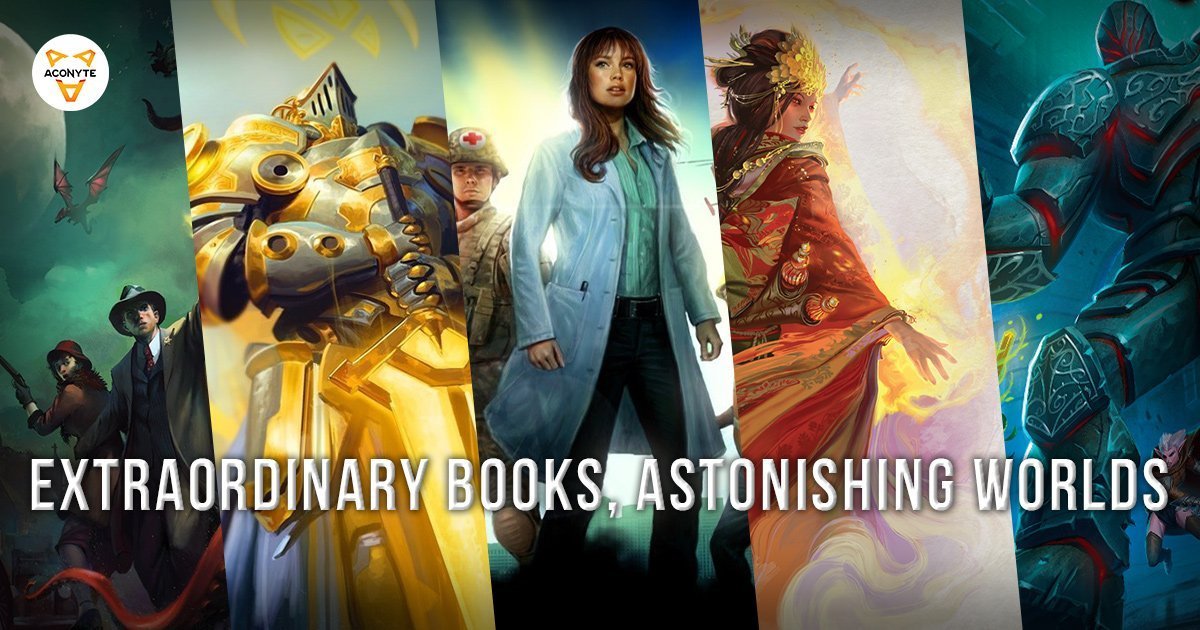 Aconyte, the newly announced fiction imprint of global games giant Asmodee, has appointed Vince Rospond as North American Sales Manager. Based in New Jersey, US, he will oversee relations with Aconyte’s sales and distribution partners in the US and Canada. Rospond will report to…