Explore Aconyte’s world expanding fiction ranges with these opening excerpts from the epic fantasy realms of Legend of the Five Rings and Descent: Journeys in the Dark, the eldritch adventure of Arkham Horror, and deep space opera from Twilight Imperium.

Wrath of N’kai by Josh Reynolds: An international thief of esoteric artifacts stumbles onto a nightmarish cult in 1920s New England, in the first Arkham Horror novel.
The Doom of Fallowhearth by Robbie MacNiven: Legendary heroes battle the undead and dark sorcery, in the epic world of adventure, Descent: Journeys in the Dark.
Curse of Honor by David Annandale: The reckless pursuit of honor exposes an empire to demonic invasion, in the realms of Legend of the Five Rings.
The Fractured Void by Tim Pratt: A brave starship crew are drawn into the schemes of interplanetary powers competing for galactic domination, in the space opera universe of Twilight Imperium.
The Last Ritual by S A Sidor: A mad surrealist’s art threatens to rip open the fabric of reality, in this twisted tale of Arkham Horror.
Poison River by Josh Reynolds: A charming slacker aristocrat discovers a talent for detection and a web of conspiracies, in Legend of the Five Rings’ Emerald Empire.

DAVID ANNANDALE writes Doctor Doom, Arkham Horror and Legend of the Five Rings fiction for Aconyte, and Horus Heresy, Warhammer 40,000, Age of Sigmar and Warhammer Horror fiction for Black Library. Among his recent novels are Reign of the Devourer and The Harrowing of Doom. He is also the author of the horror novel Gethsemane Hall and the Jen Blaylock thriller series. By day, he is Senior Instructor in the Department of English, Theatre, Film & Media at the University of Manitoba, Canada, where he specializes in genre film and video games. He is also a co-host of the Hugo-nominated podcast The Skiffy and Fanty Show.

ROBBIE MacNIVEN hails from the highlands of Scotland. A lifelong fan of sci-fi and fantasy, he has had over a dozen novels published in settings ranging from Marvel’s X-Men, to Descent: Legends of the Dark, to Warhammer 40,000. Having completed a doctorate in Military History from the University of Edinburgh in 2020, he also possesses a keen interest in the past. His hobbies include historical re-enacting and making eight-hour round trips every second weekend to watch Rangers FC.

JOSH REYNOLDS is the author of over thirty novels and numerous short stories, including the wildly popular Warhammer: Age of Sigmar and Warhammer 40,000. Born and raised in South Carolina, he now resides in Sheffield with his wife and daughter, as well as a highly excitable dog and something he hopes is a cat.

S A SIDOR is the author of four dark crime thrillers and more recently two splendid supernatural-pulp adventures, Fury From the Tomb and The Beast of Nightfall Lodge. He lives near Chicago with his family. 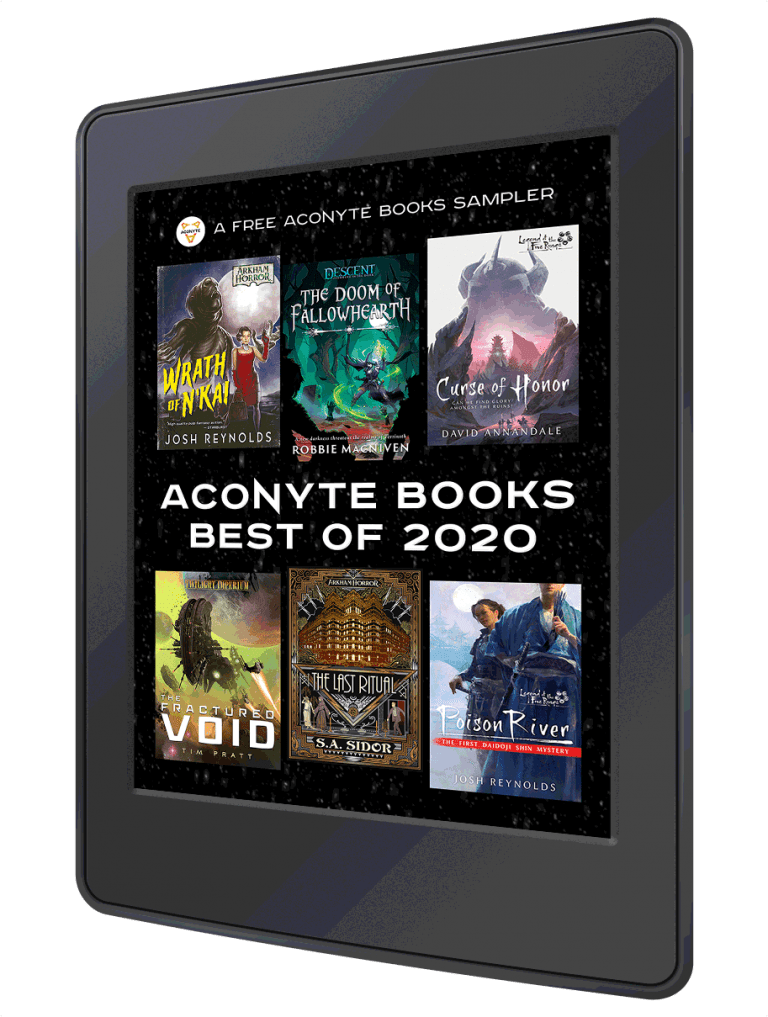 Easy reading on any device 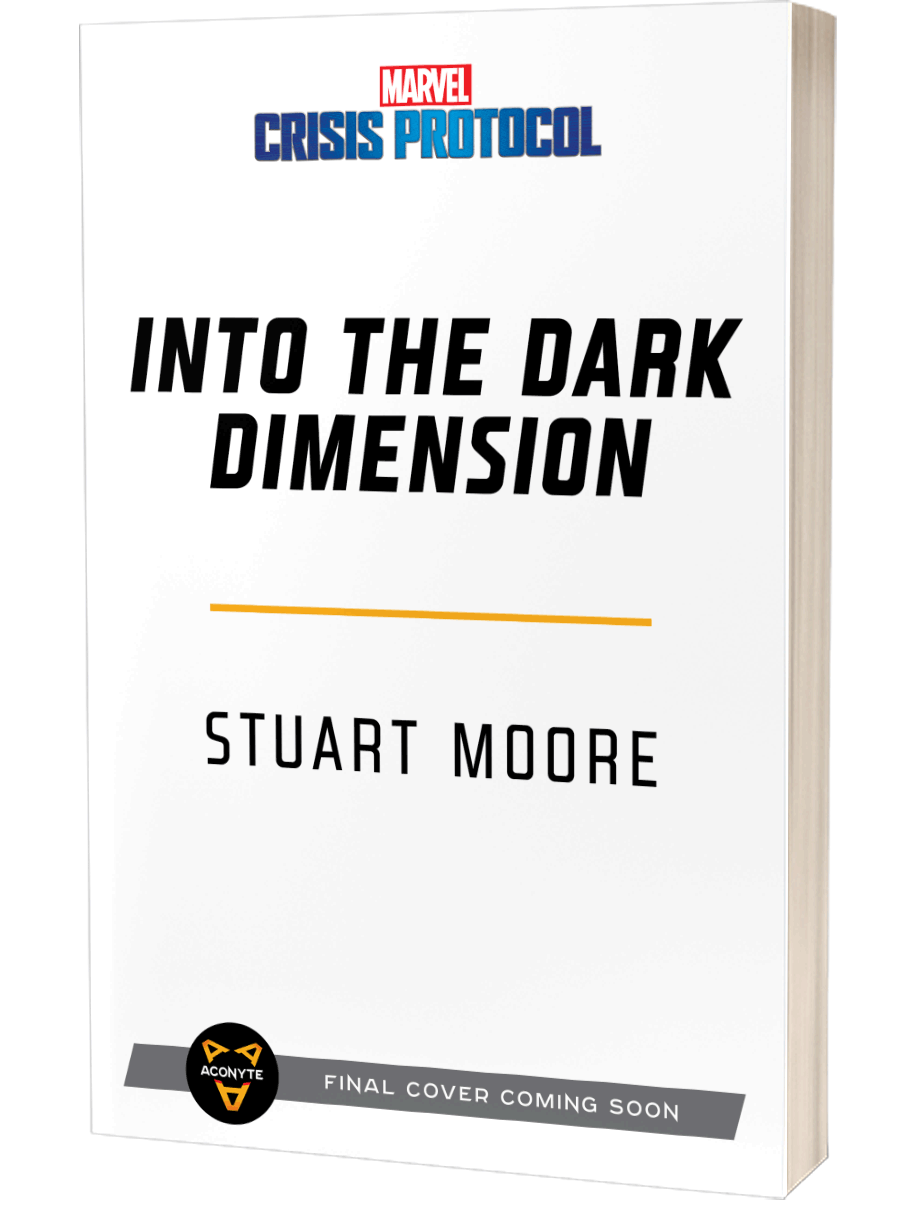 Into the Dark Dimension, A Marvel Crisis Protocol Novel 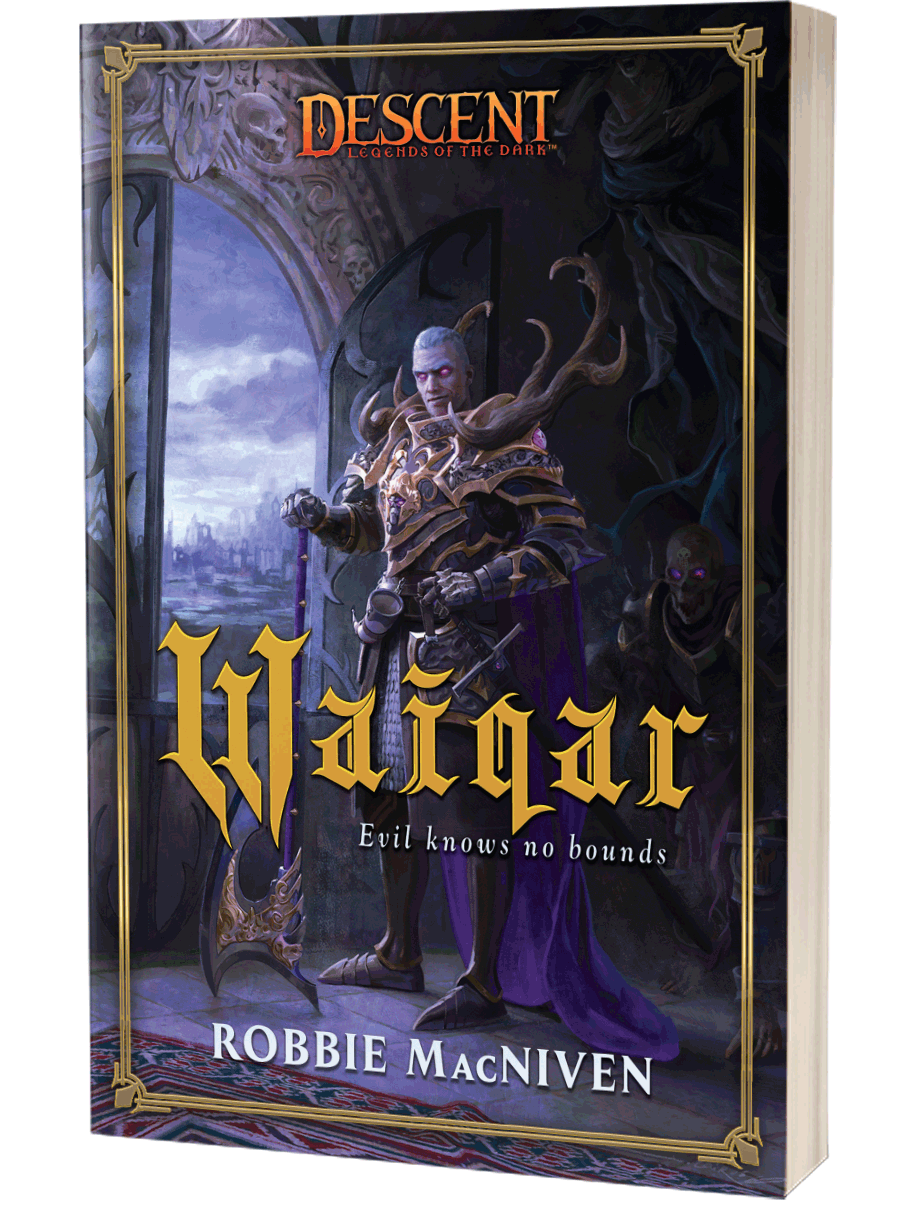 Waiqar, A Descent Legends of the Dark Novel

Enter the extraordinary fantasy world of Descent: Legends of the Dark through the eyes of its most notorious necromancer as he begins his conquest of the realms of Terrinoth 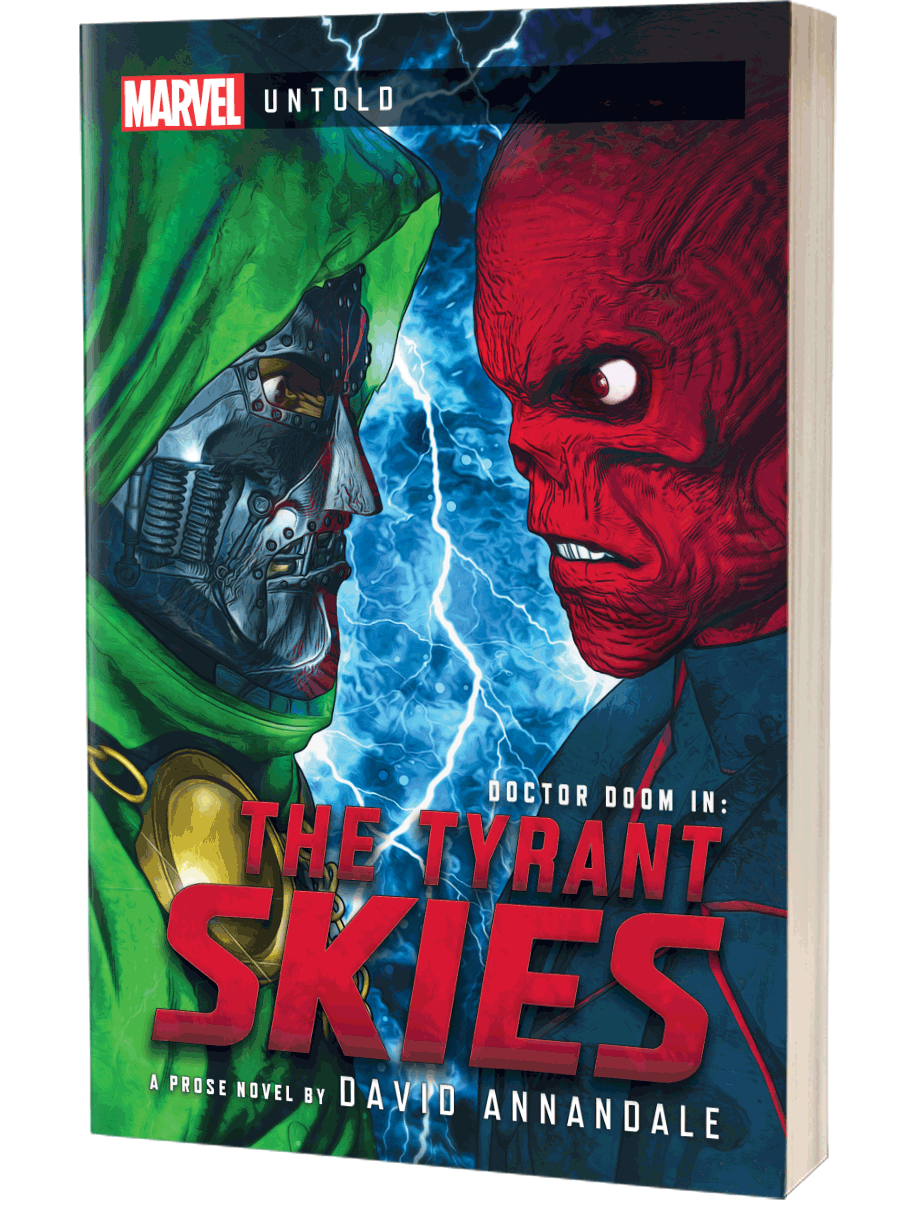 The infamous Doctor Doom must face his deadliest enemy, the evil Red Skull, to save his people and himself in this thrilling Marvel Untold novel 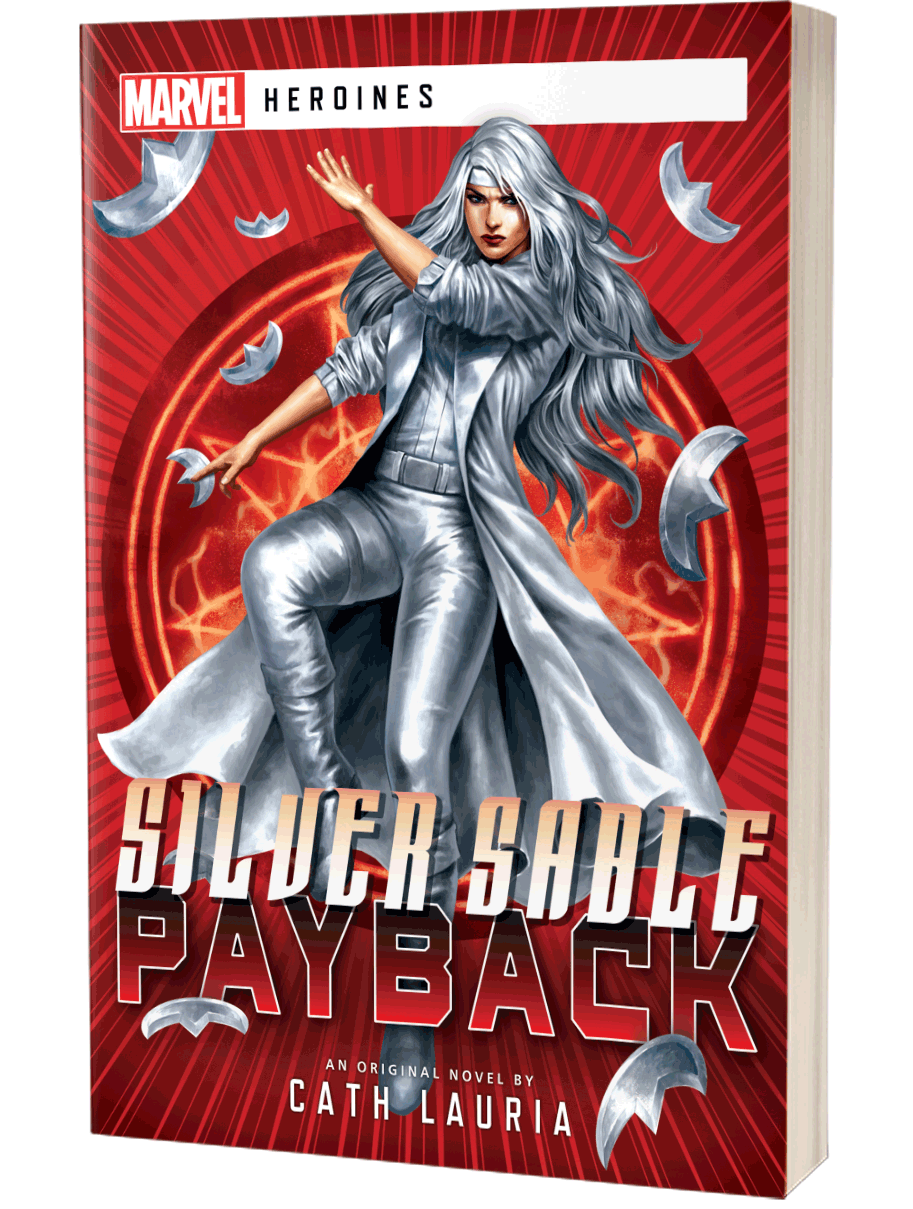 New from Marvel Heroines: super hero mercenary Silver Sable takes on Doctor Doom in a high risk heist where success or failure will change the fate of a nation 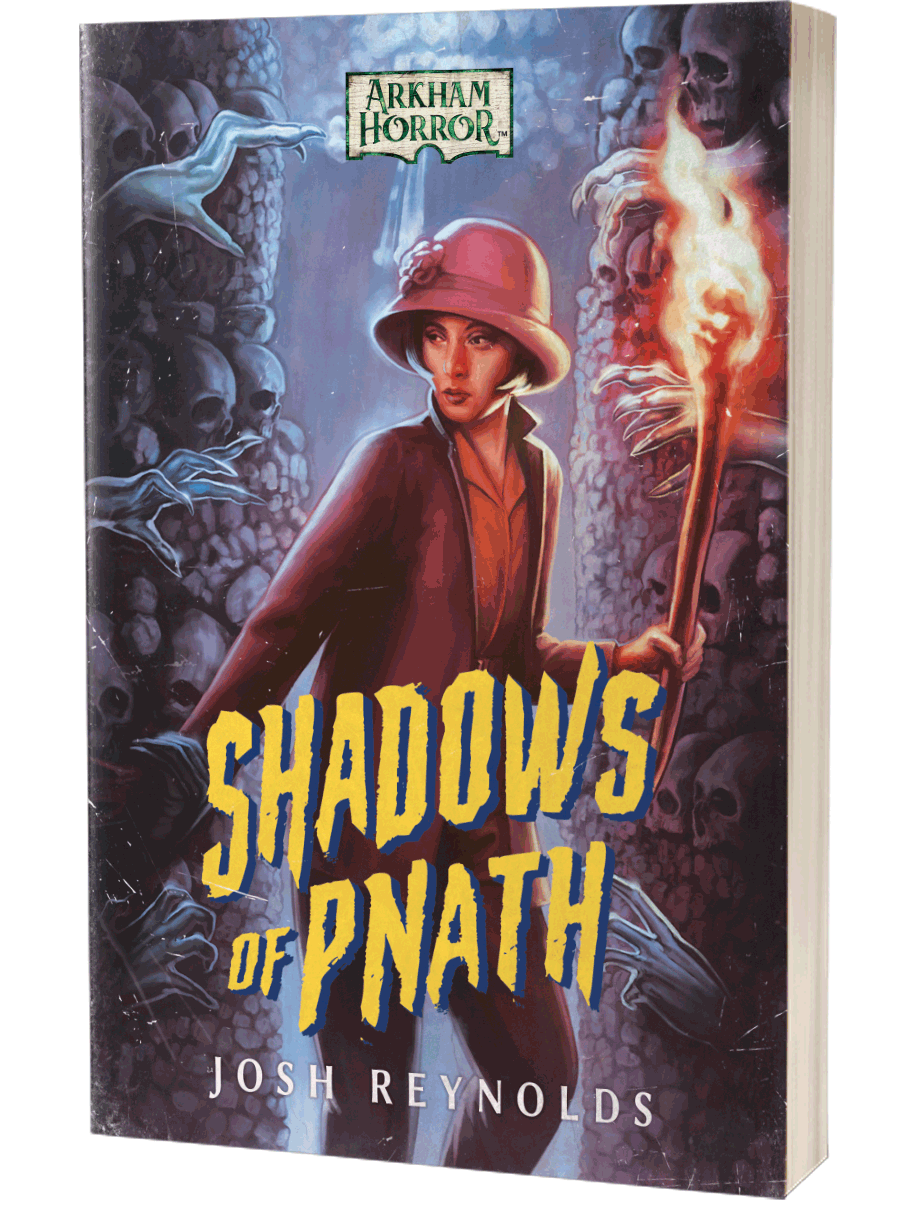 An expert thief outwits foes old and new to defeat a sinister summoning, in this hair-raising noir-thriller from the bestselling world of Arkham Horror 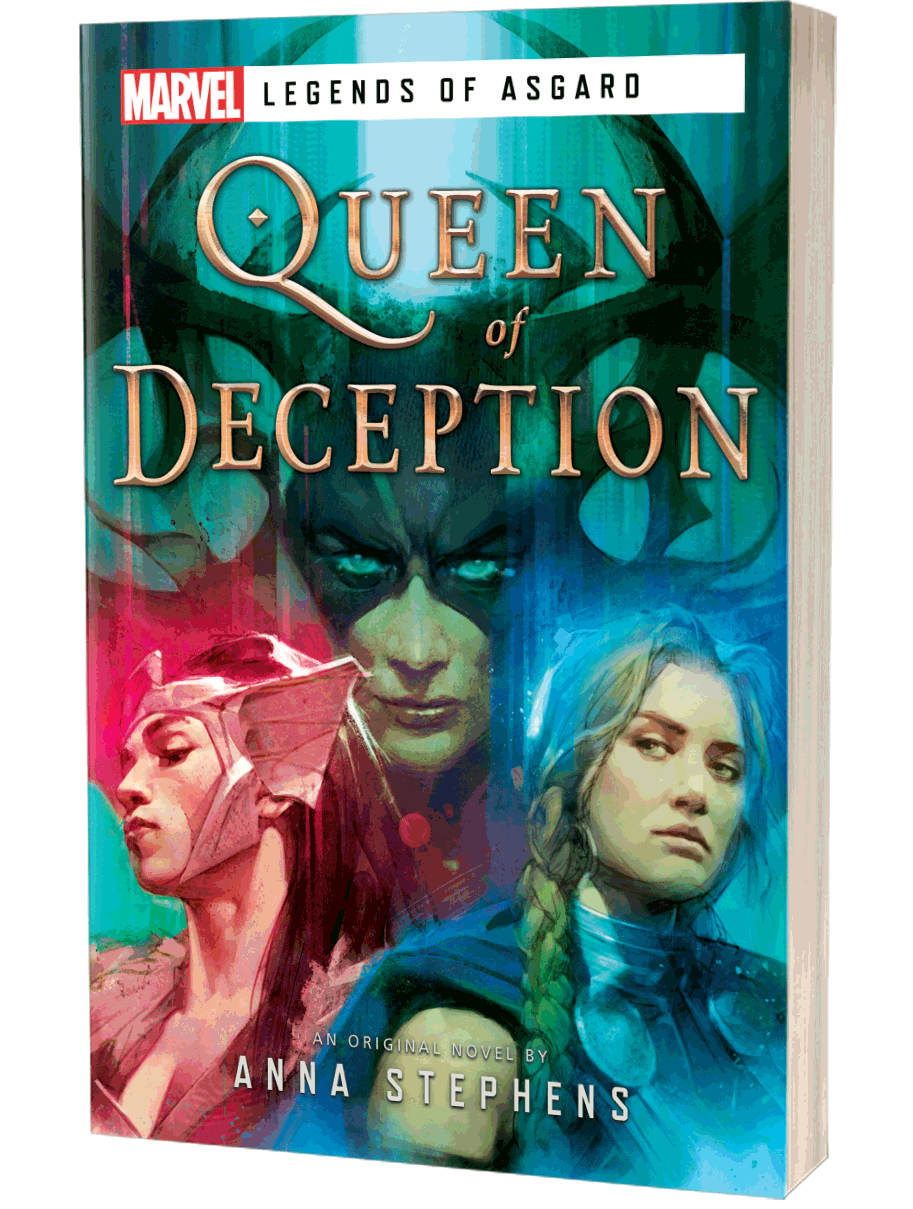 Queen of Deception, A Marvel Legends of Asgard Novel

All that stands between Hela and control of Elizabethan England are two legendary heroes and an army of Dark Elves, in this action-packed historical adventure from Marvel’s Legends of Asgard 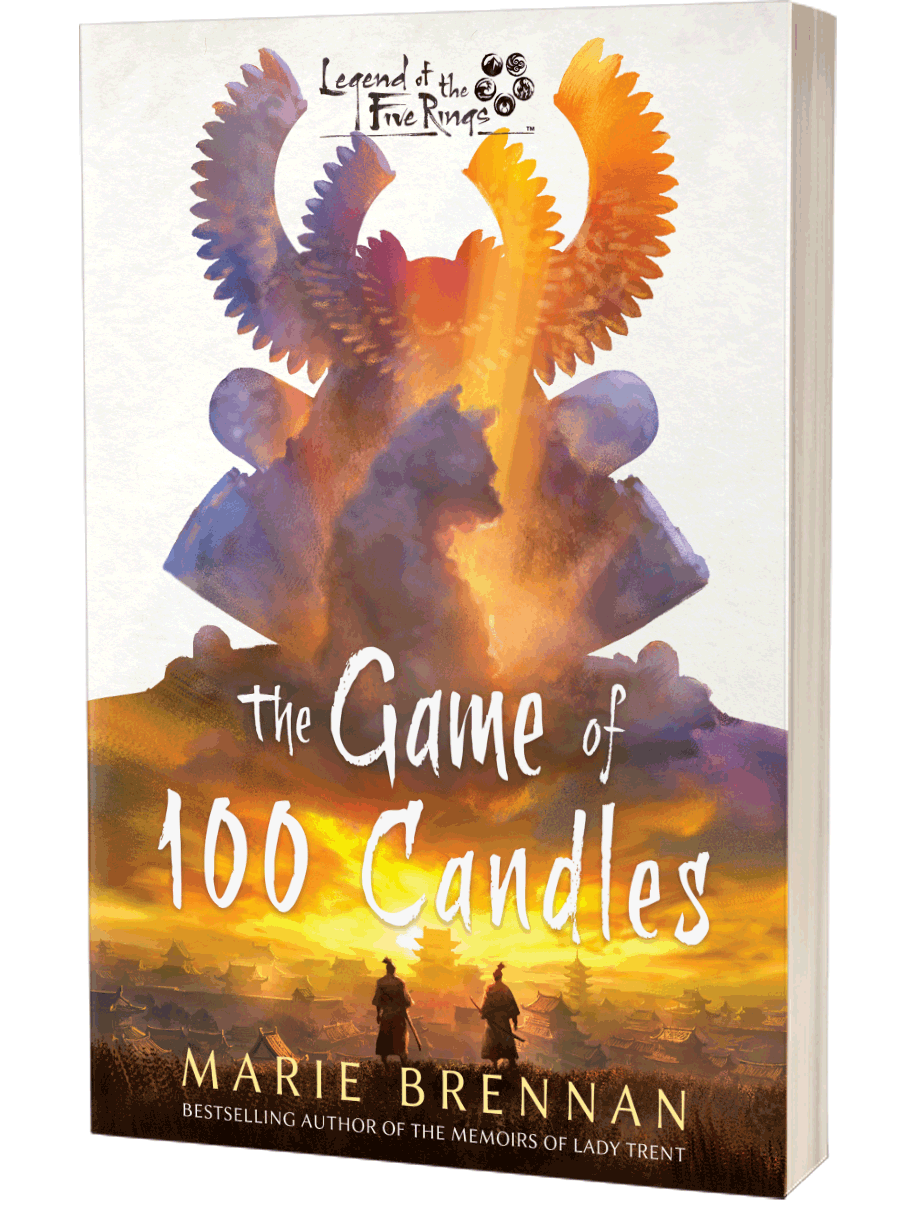 The Game of 100 Candles, A Legend of the Five Rings Novel

Two samurai risk their hearts, souls, and their very existence to stop an occult phantom from destroying the world, in this stunning supernatural fantasy from Legend of the Five Rings 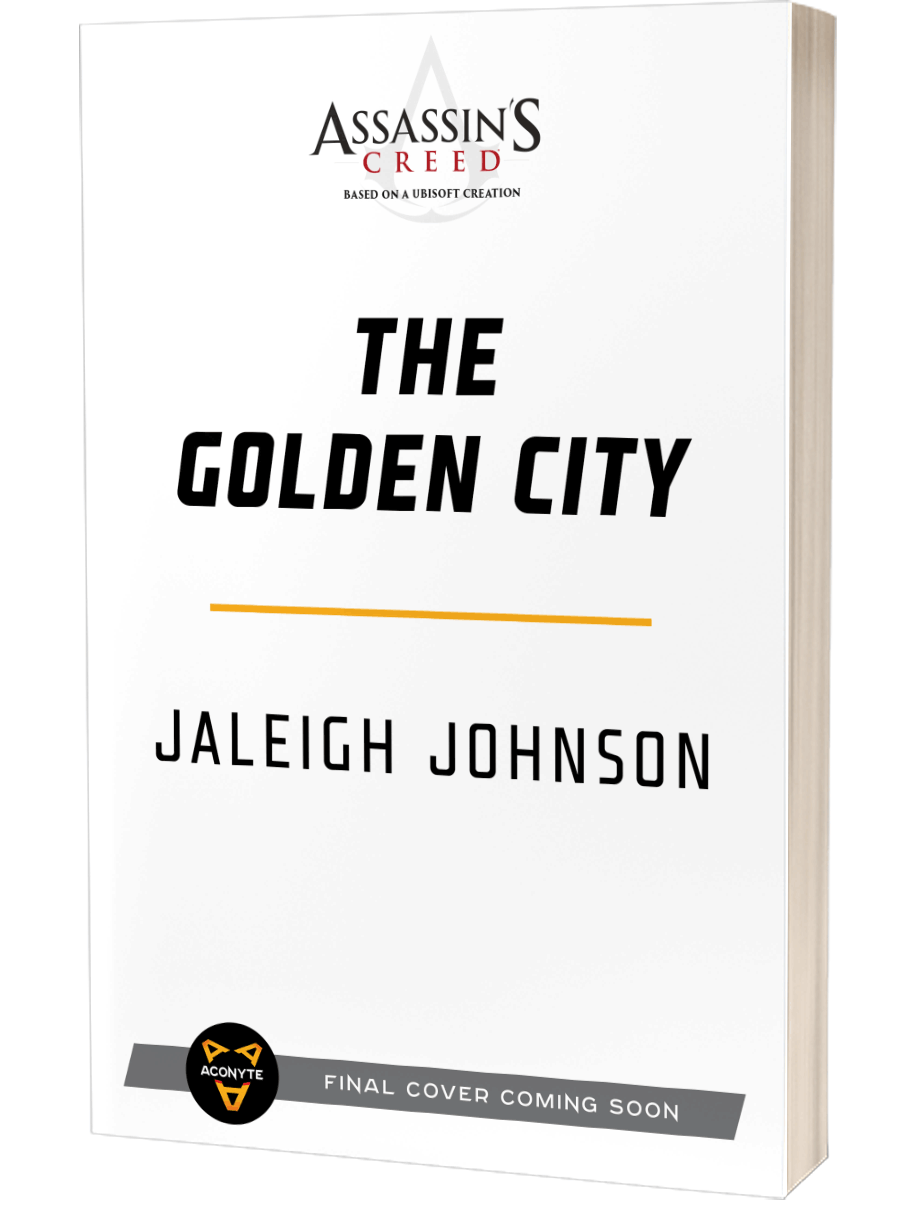 A young emperor’s life hangs in the balance in ancient Constantinople, and only the Brotherhood of Assassins can save him, in this action-packed historical adventure from the award-winning Assassin’s Creed universe 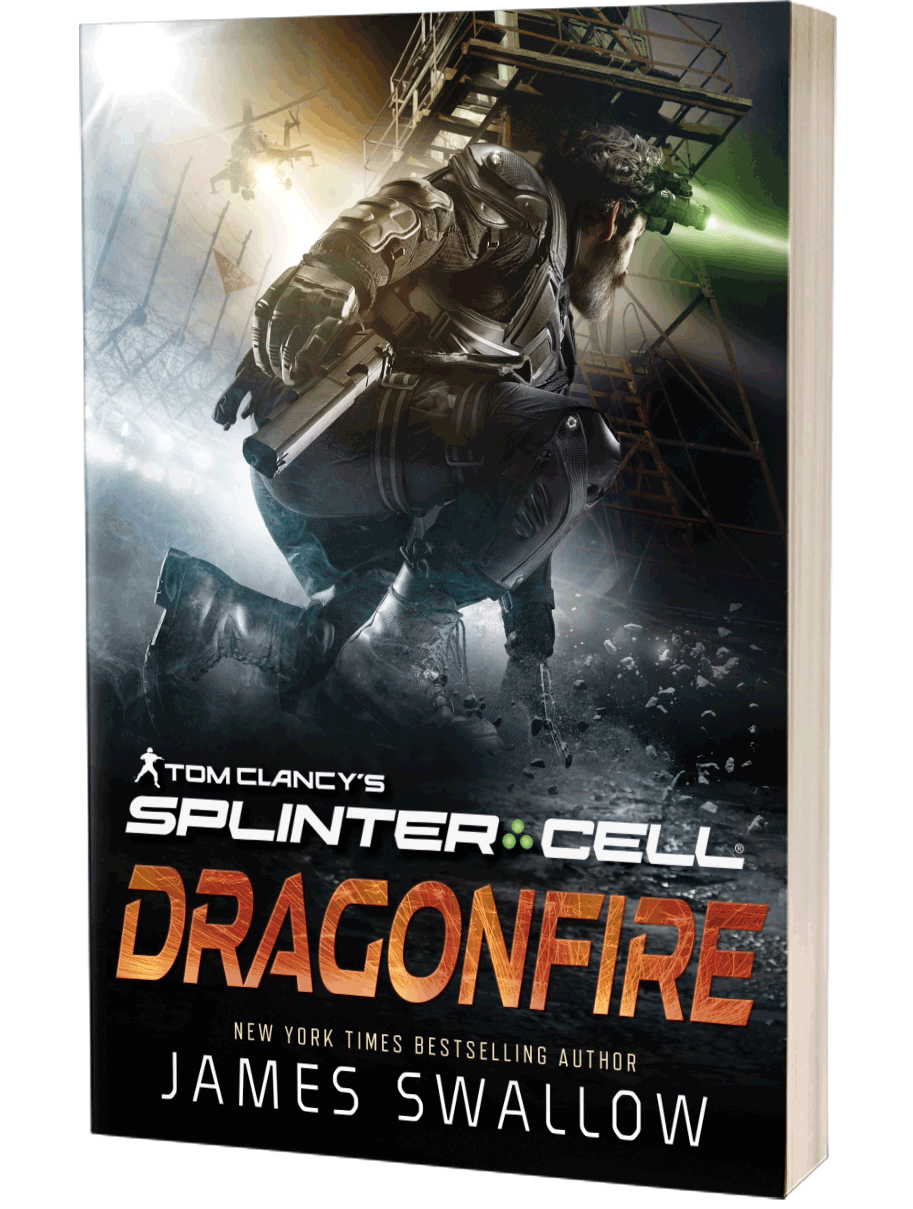 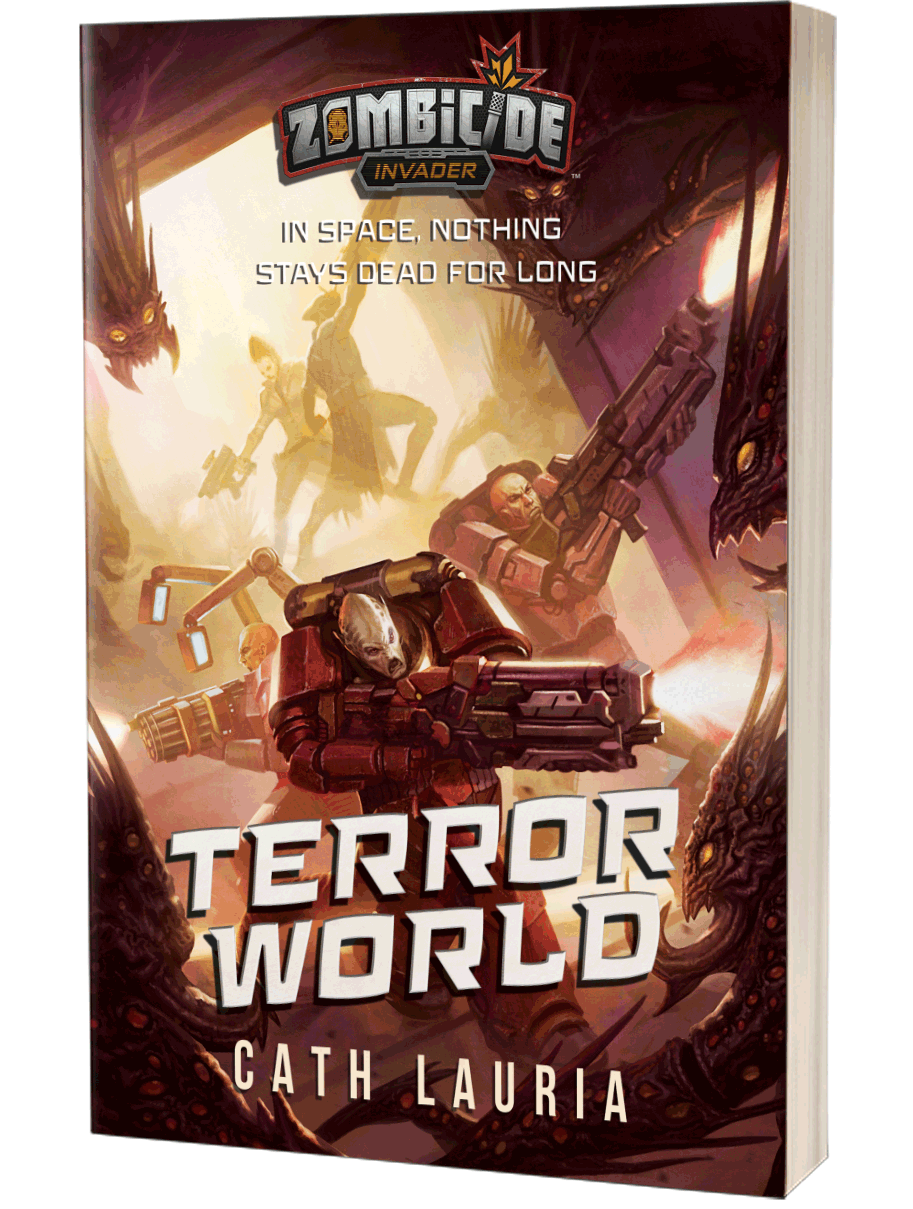 Time and space are under threat when a monstrous new alien zombie threat emerges, in this horror thriller from the riotous Zombicide Invader boardgame 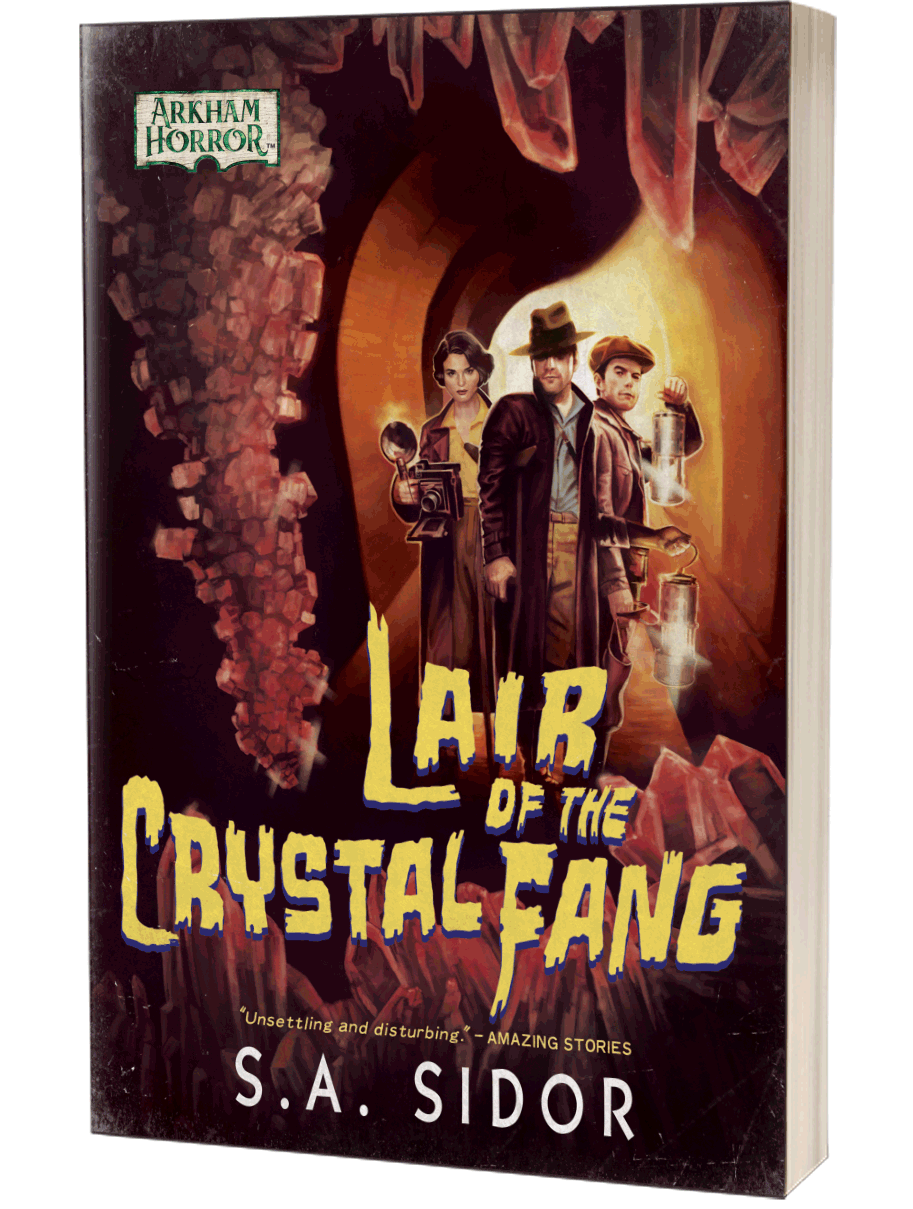 Lair of the Crystal Fang, An Arkham Horror Novel

When a mysterious killer haunts Arkham, three struggling investigators must confront the eldritch horrors of their past in this action-packed pulp adventure from the world of Arkham Horror 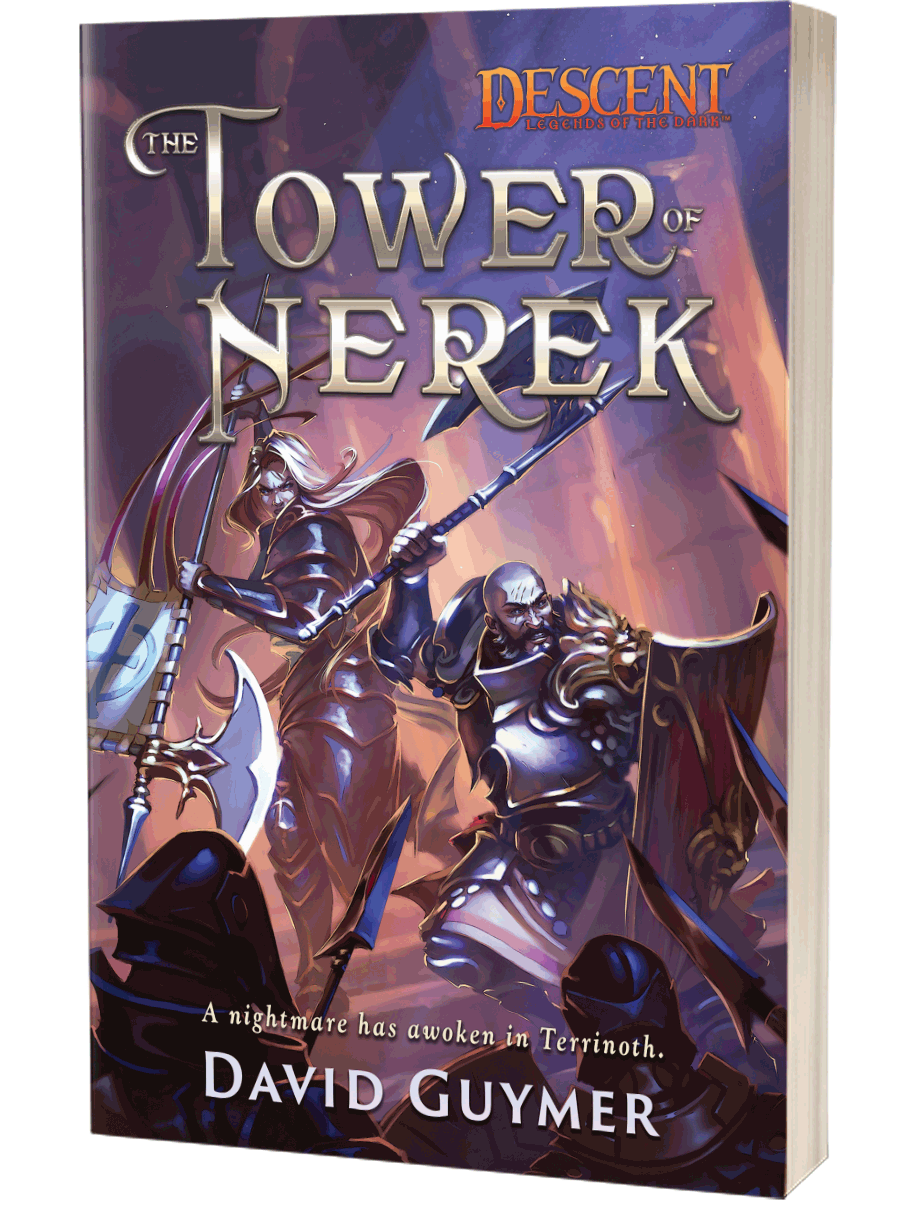 The Tower of Nerek, A Descent: Legends of the Dark Novel 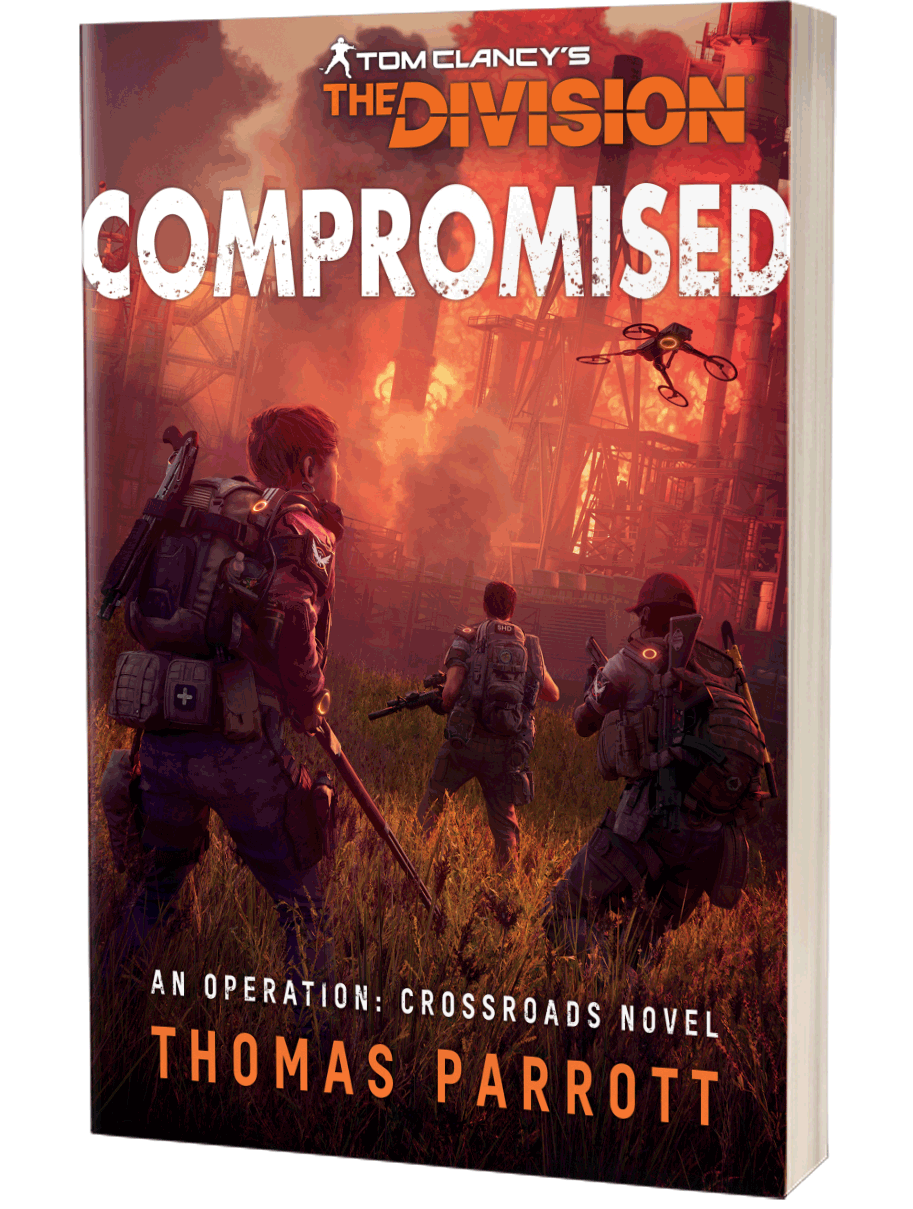 Thanks to the Division, hope is finally within reach – until a war between Gulf Coast factions exposes an old, brutal foe in this heart-stopping adventure from Tom Clancy’s The Division® 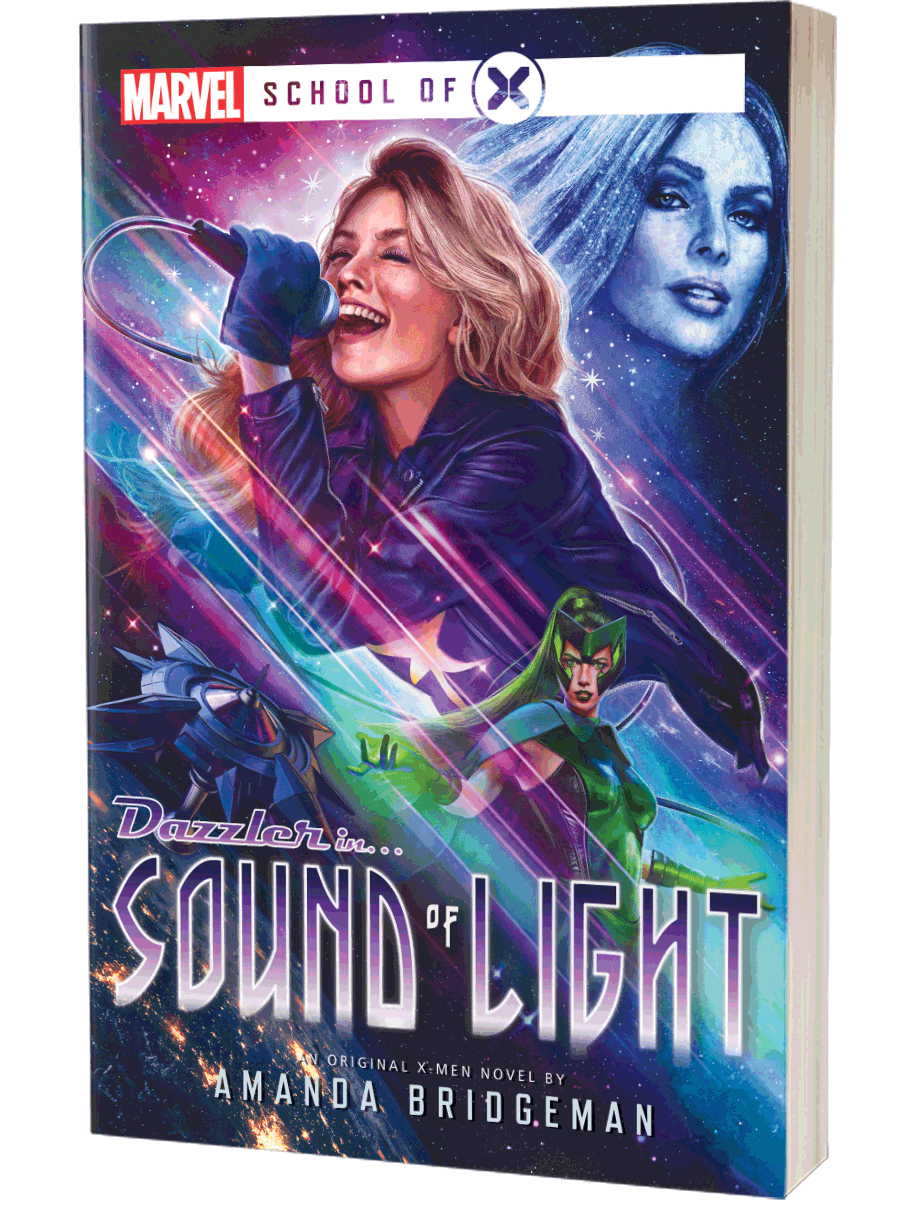 Sound of Light, A Marvel School of X Novel

Dazzler, rock ‘n’ roll, and the children of Cyclops and Magneto launch into space and beyond in this electrifying trans-dimensional adventure from Marvel’s School of X 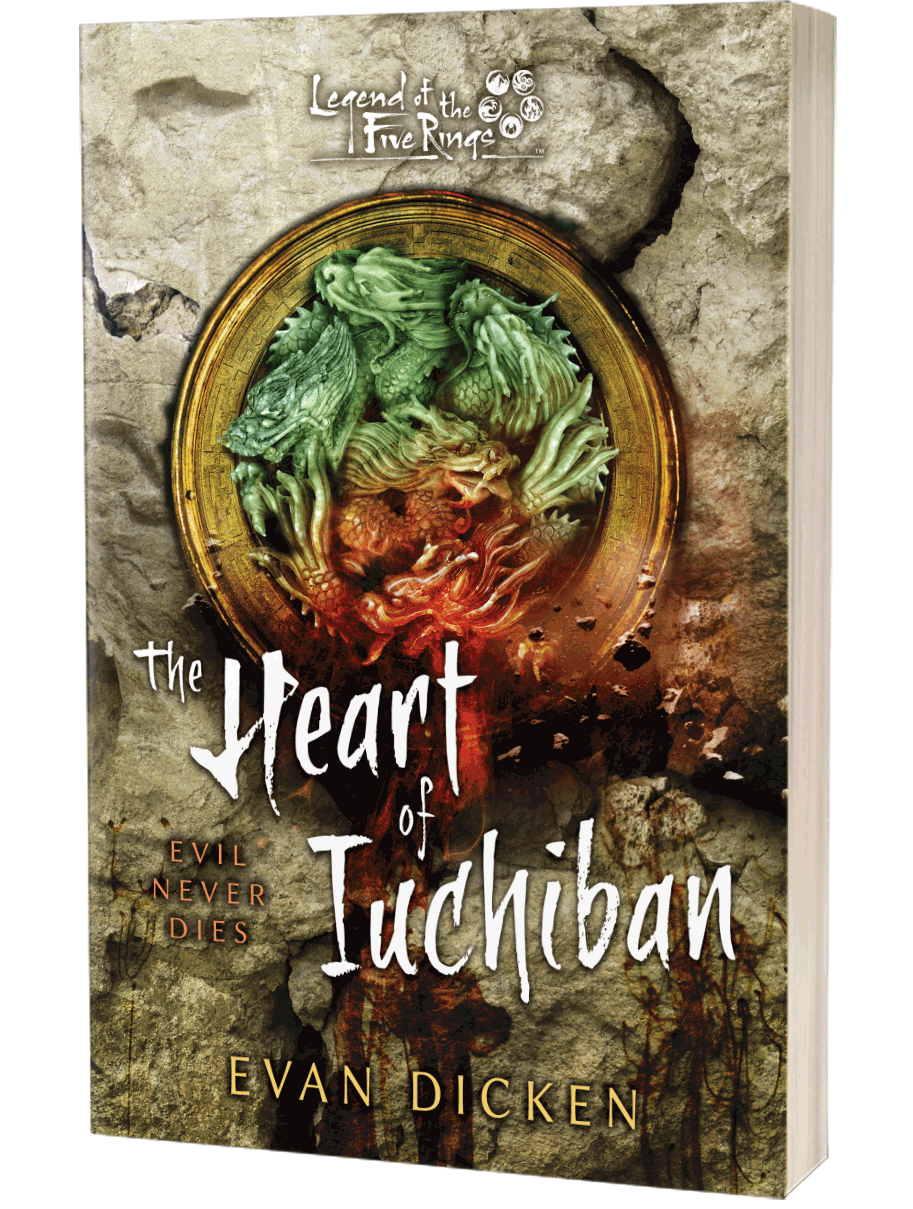 The Heart of Iuchiban, A Legend of the Five Rings Novel

Return to the world of Legend of the Five Rings: Adventures in Rokugan, in this fantasy adventure pitting noble samurai against a forgotten evil corrupting the whole realm 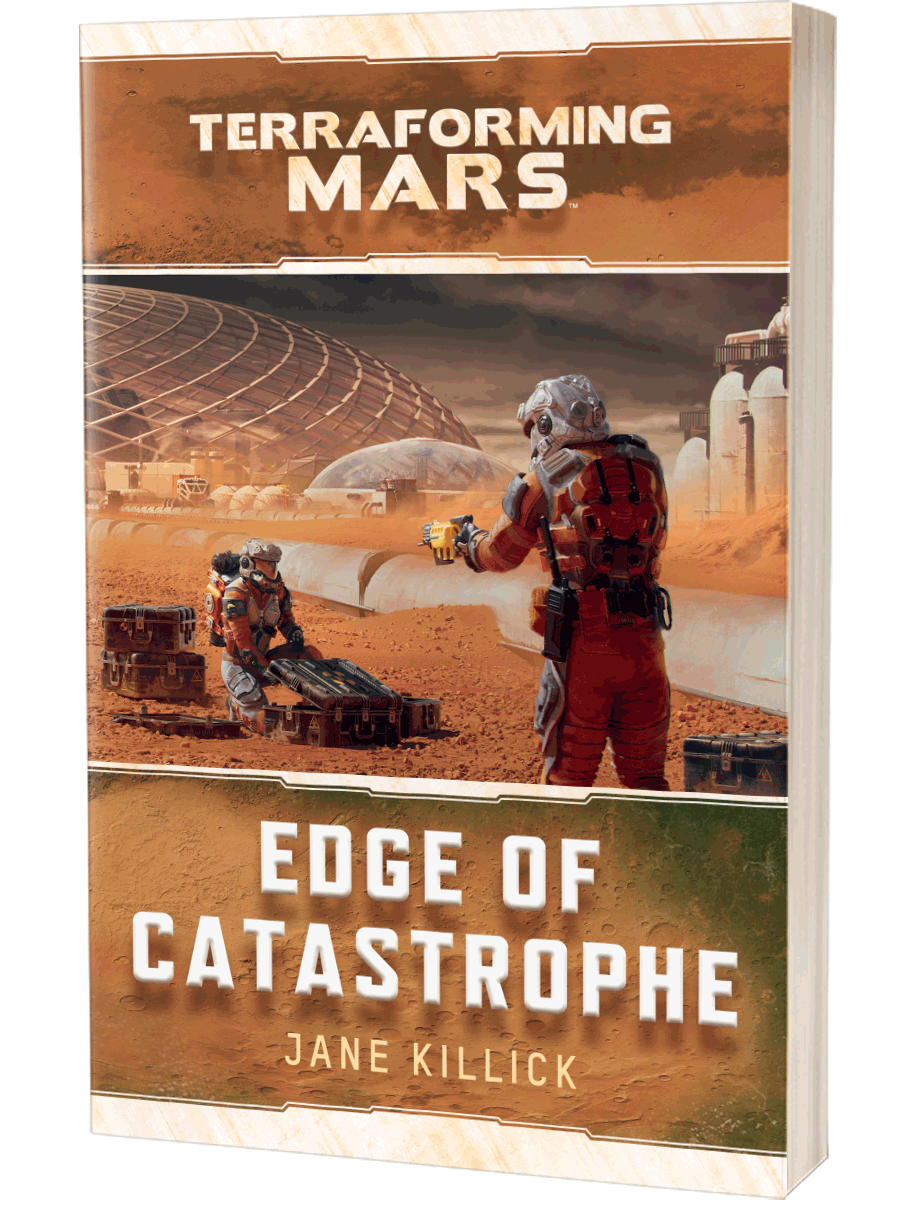 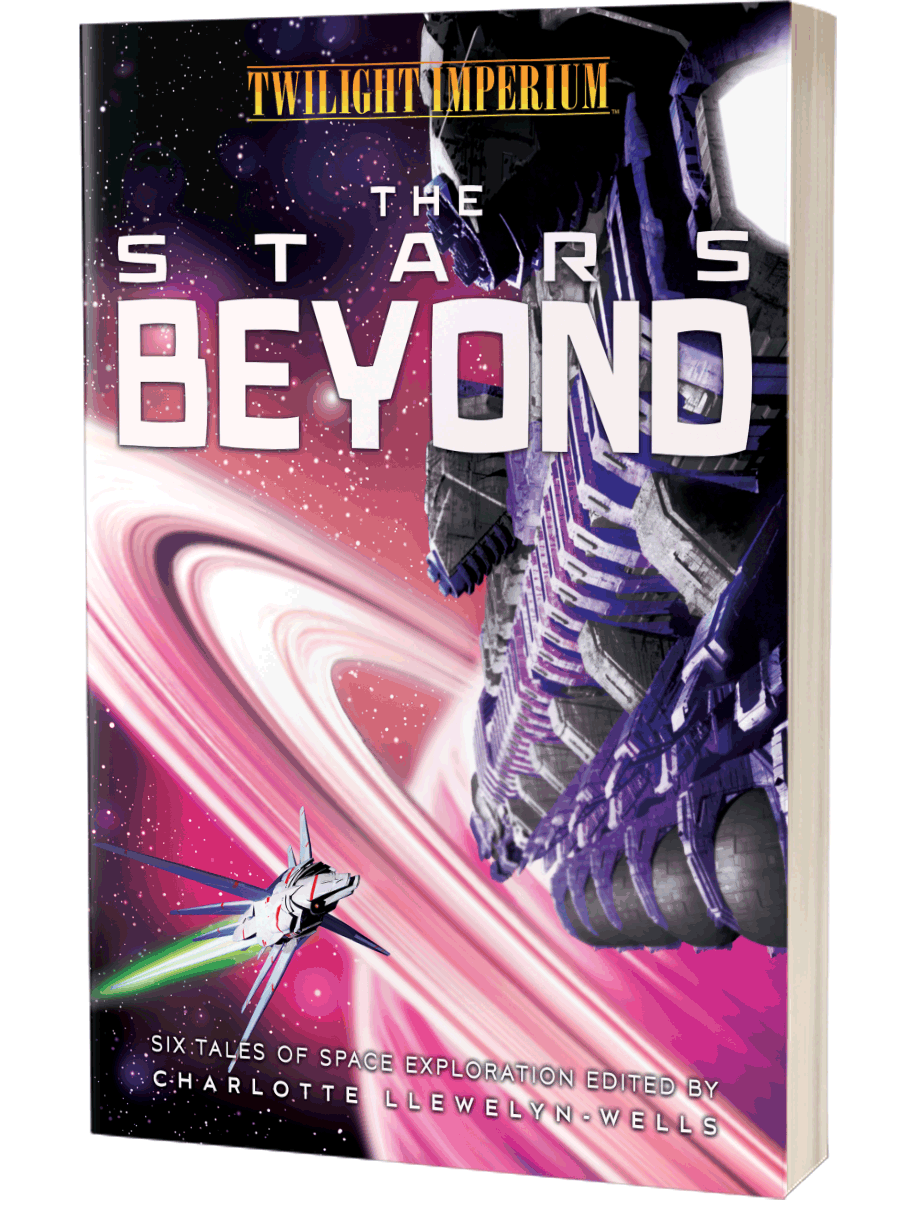 The Stars Beyond, A Twilight Imperium Anthology 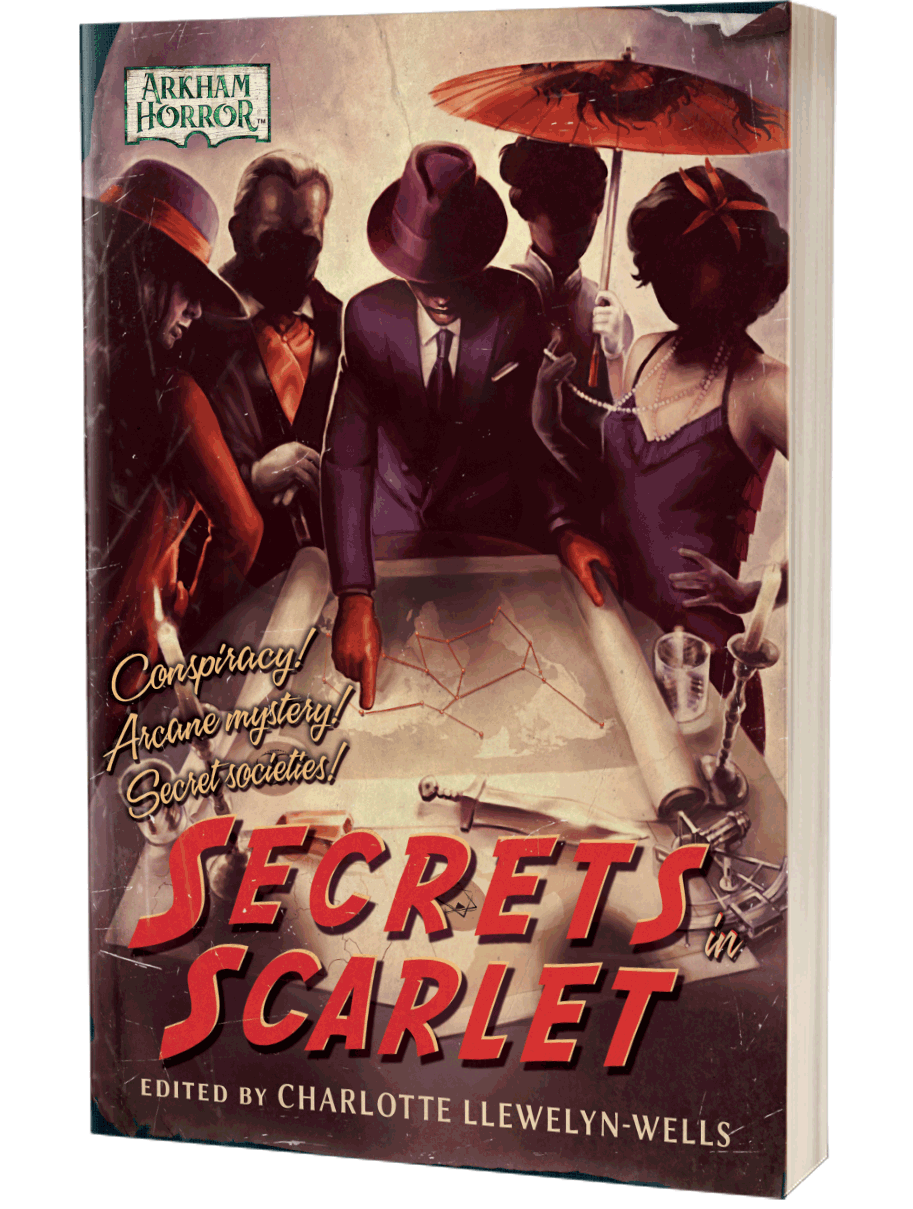 A secret organization ruthlessly seeks power over supernatural terrors in this globe-trotting anthology of arcane mystery and adventure, from the bestselling world of Arkham Horror 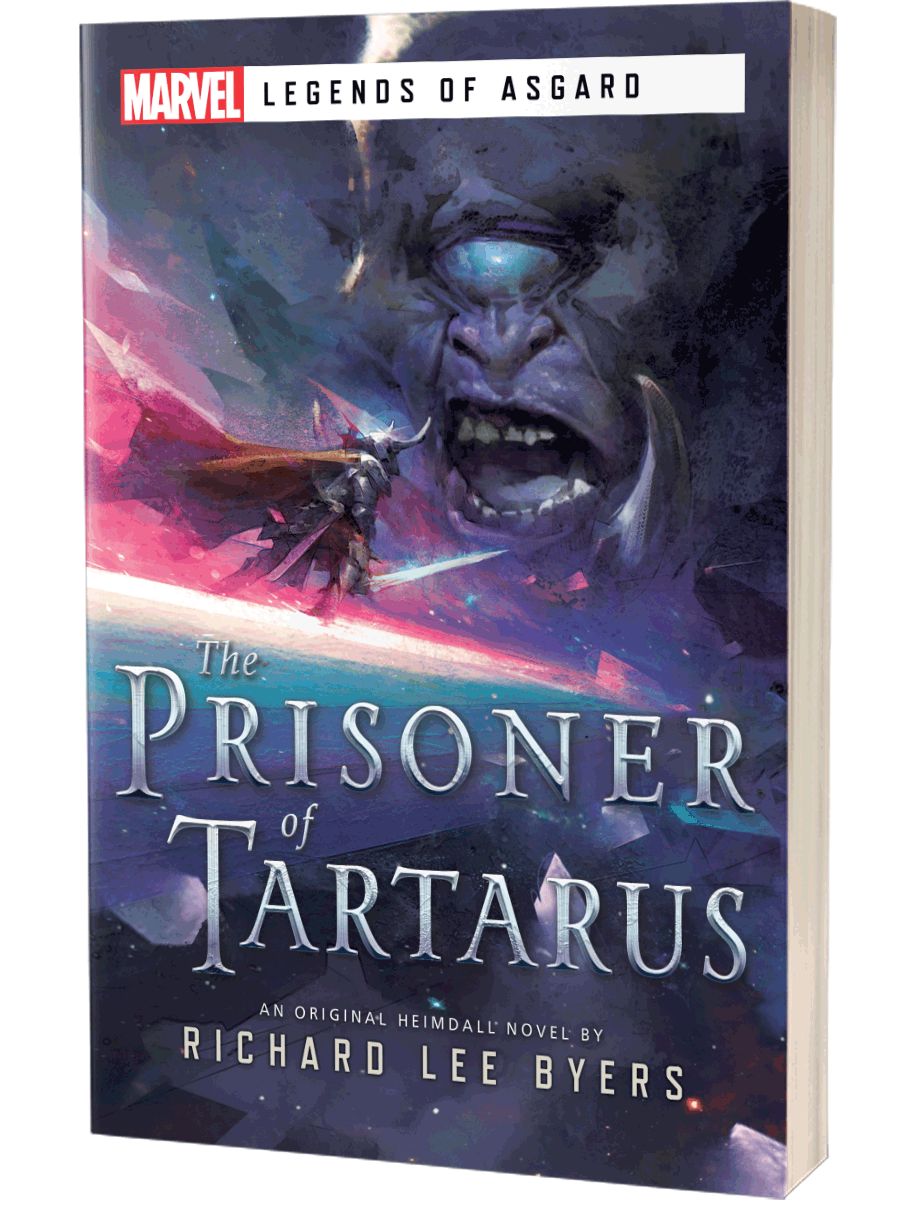 The Prisoner of Tartarus, A Marvel Legends of Asgard Novel 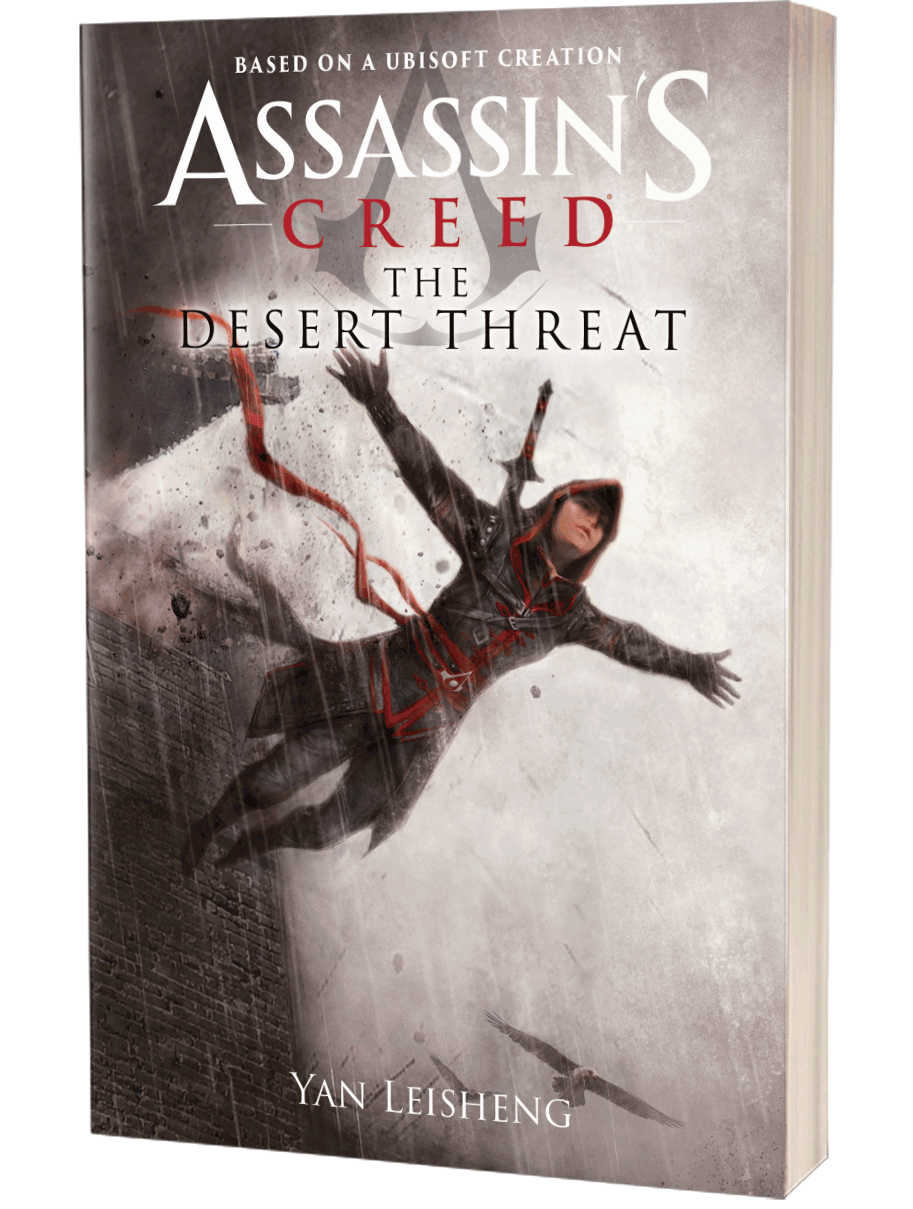 Ancient Mongolia is the stage for the latest epic adventure in the award-winning Assassin’s Creed® universe, as assassin Shao Jun fights a sinister plot that spells the downfall of the Brotherhood of the Assassins 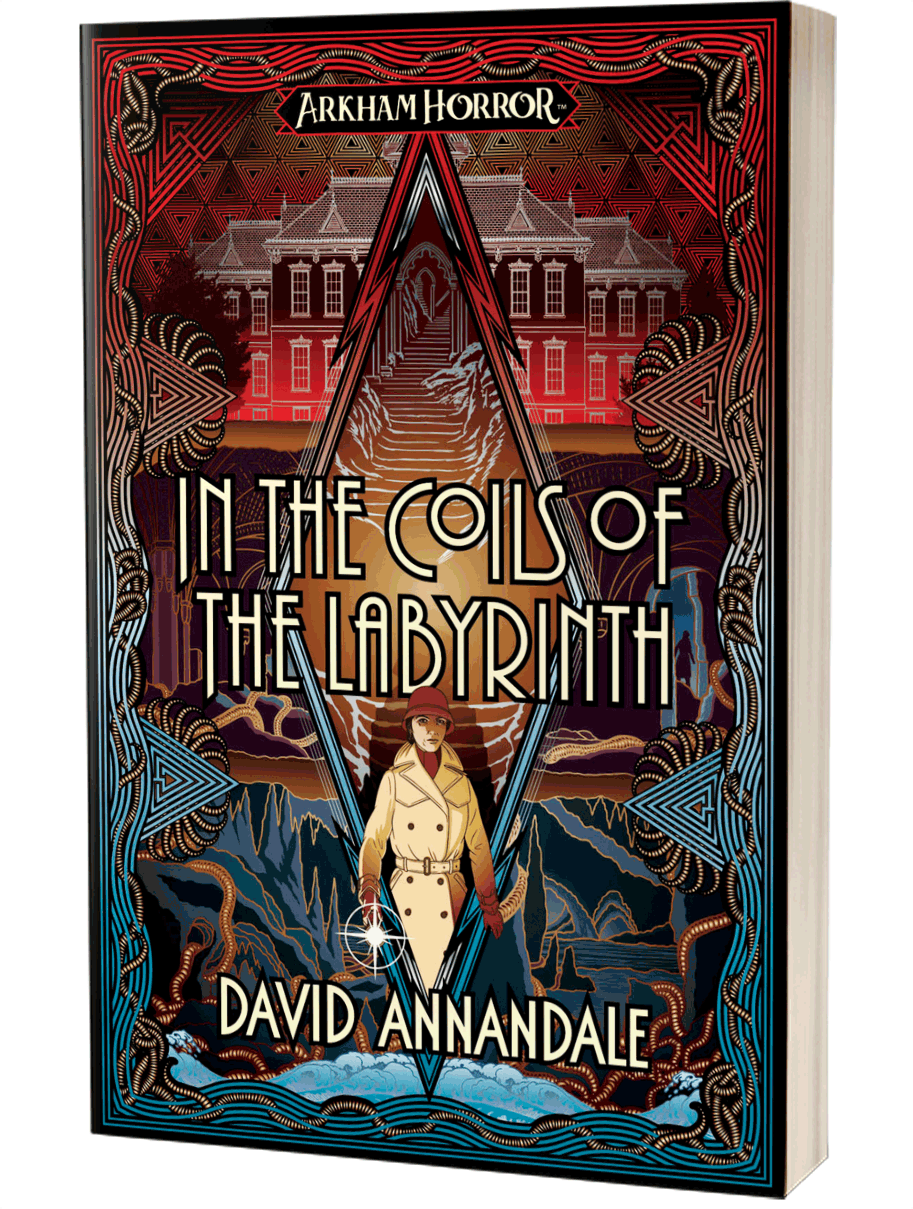 In the Coils of the Labyrinth, An Arkham Horror Novel 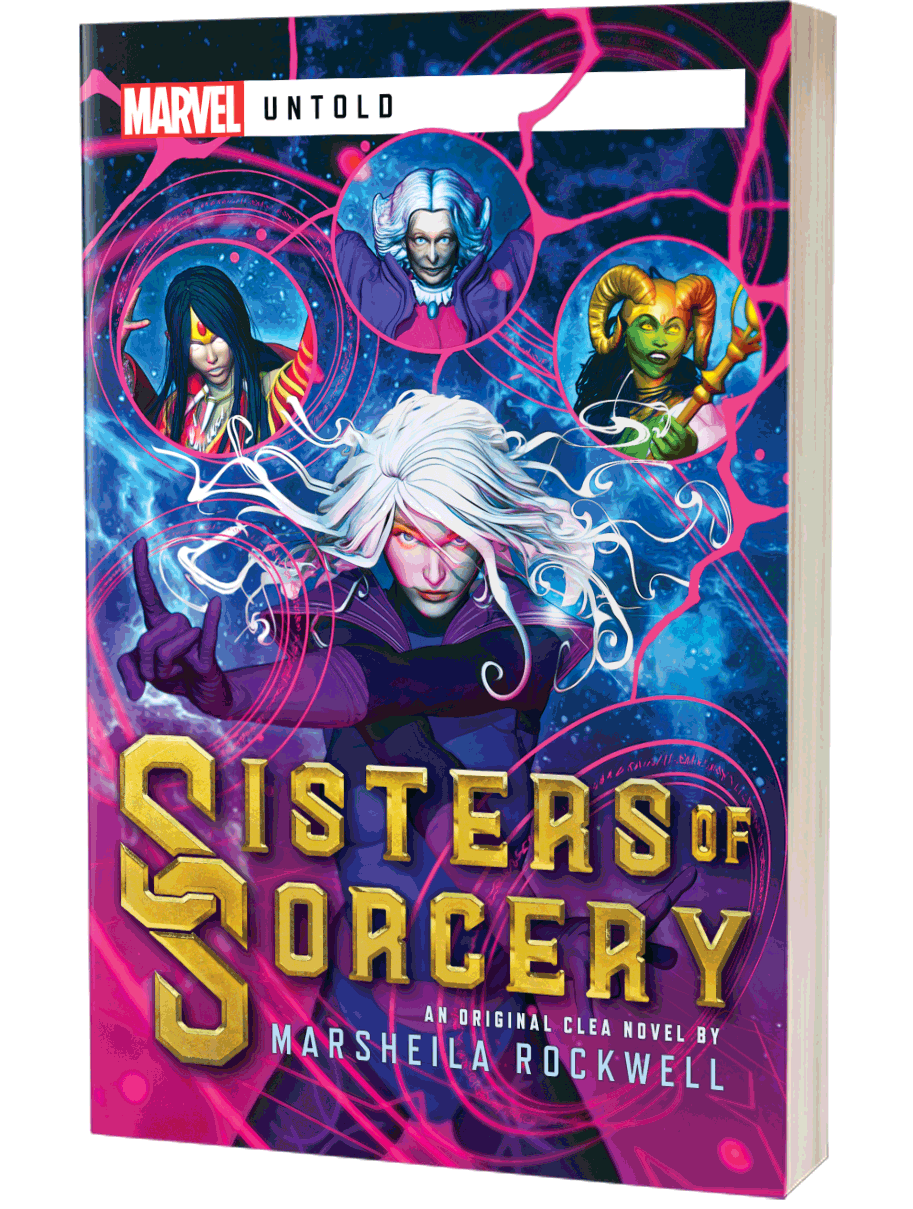 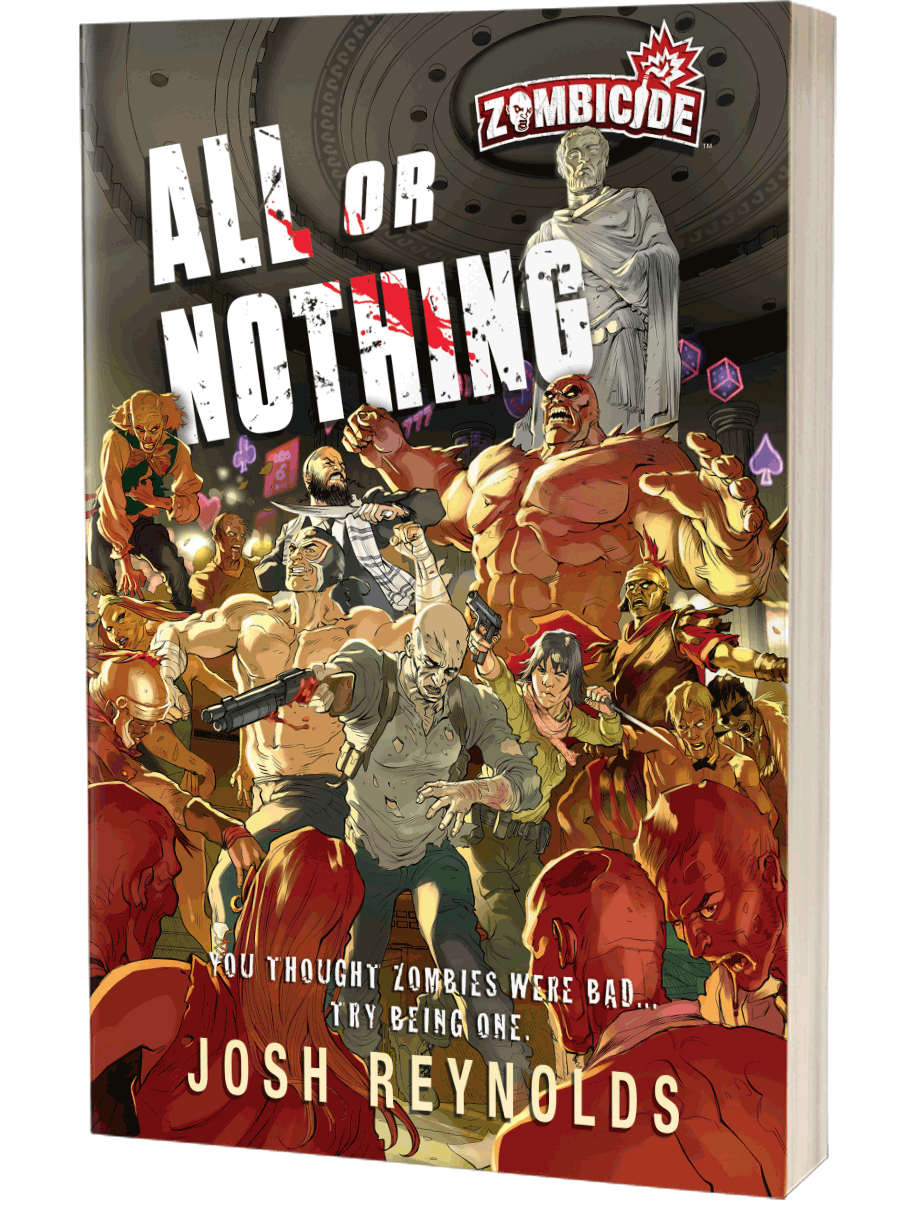 All or Nothing, A Zombicide Novel

Caught between murderous humans and hungry undead, a newly resurrected thief must survive a casino-turned-gladiatorial arena and his own growing bloodlust in this dark, yet vibrant splatterfest from Zombicide

January 1, 1970
PrevPreviousHarrowing of Doom, The by David Annandale
NextThe Sword of Surtur by C L WernerNext

Pick up Aconyte Books Best of 2020
from your favourite vendor: 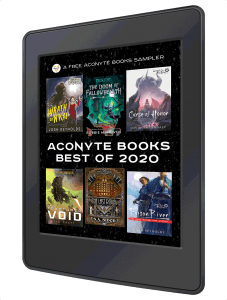