Warring samurai clans fight with swords and magic for the Emperor’s favor while protecting their borders from the demonic incursions of the Shadowlands. 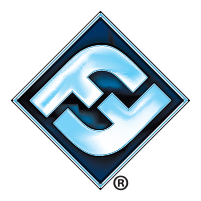 “Although there are numerous other threats to Rokugan (demons to the south, bloodspeaker cults, secret societies bent on destroying the gods, undead, dark sorcerers, corrupt spirits, etc.) To Chart the Clouds focuses primarily on Clan/Imperial politics, and the friction between various factions, specifically the proud and fractious Lion Clan, the shrewd and ambitious Scorpion Clan, and the Imperial Court attempting to maintain a precarious balance.”
– Track of Words

“A comedy of manners masquerading as a forgotten episode of Perry Mason, set in feudal Japan – or the fantasy equivalent thereof.”

“‘The Night Parade of a Hundred Demons’ (Hyakki Yagyou) is a concept out of Japanese folklore, and to my surprise, it’s never been used before in Legend of the Five Rings. (Many of the writers for L5R have been thoroughgoing nerds, so there are a lot of references to real things from Japanese history.) I was dying to write something about it.”
– Track of Words, Interview with Marie Brennan, author of The Night Parade of 100 Demons

“Rokugani justice is such that things like evidence and proof mean very little, and I wanted to explore how an investigation into a crime might go in a place where such things are often seen as (at best) a waste of everyone’s time. Can a detective solve a mystery when no one cares about the solution?”
– Track of Words, Interview with Josh Reynolds, author of Poison River

“I also really enjoyed the chance to explore everyday life more than the usual game fictions allow for: those focus on samurai drama, since that’s the core of the game, but in the novel my two protagonists are the only samurai present for most of the novel.”
– Imperial Advisor, Cover reveal and interview with Marie Brennan, author of The Night Parade of 100 Demons

“The setting of Legend of the Five Rings provides some very rich material for the fusion of fantasy and horror.”
– Track of Words, Interview with David Annandale, author of Curse of Honor

Spring 23 Titles Announced! August 23, 2022 - The summer yet come to an end yet we’re already looking forward into Spring 2023. We’ve a sneak peek at the titles coming to bookshops, game stores, and online retailers at the beginning of 2023. These titles are already online and with your favorite FLG or bookshop to pre-order. Head… Read more.

Announcing our newest series, Play to Win! April 14, 2022 - Today we have some amazing and exciting news announcing the first two books in a brand-new non-fiction series, Play to Win. This new range of non-fiction titles will focus on the wide world of games and gaming, to entertain, inform and intrigue gamers and an interested general audience alike. The… Read more.

Fall Titles Announced! March 31, 2022 - We're back again for a sneak peek at the titles that will take you through until the end of the year. These titles will be up online and with your favourite FLG or bookshop to pre-order very soon. As always there are a few unnamed titles that we'll be announcing… Read more.

ACONYTE BOOKS NOW AVAILABLE ON DRIVETHRU! March 14, 2022 - Starting today Aconyte’s whole range of amazing tie-in novels based on your favourite games and comics are available... where you buy your favourite games and comics! Jump for joy because you’ll be able to grab digital Aconyte titles from the DriveThru marketplaces: DriveThruRPG, DriveThruFiction, and DriveThruComics. Across DriveThruFiction and DriveThruRPG… Read more.

Summer 2022 Titles Announced! December 9, 2021 - It's cold here in the UK Aconyte office so we're trying to keep warm by looking ahead to Summer 2022, which means... NEW TITLES! We've got some very cool and exciting novels coming next summer which you'll be able to pre-order now! You'll notice there are a few REDACTED titles… Read more.
You asked, we listened, and now you can listen too! November 30, 2021 - Since we launched in September 2020 we've had loads of queries as to audiobooks. The original plan was to release audio along with paperback and ebook, but then... everything happened... so plans had to change. We announced in September that we would be bringing you new audiobooks before the end… Read more.

Changes to UK Schedule October 28, 2021 - Hello all! Today we have a special message for our UK readers. As you may be aware the state of global shipping right now is going from bad to worse (le sigh). Container shortages, HGV driver and warehouse staff shortages, vessels being turned away from port due to congestion… you… Read more.

Spring 2022 Title Announcement! August 17, 2021 - We’re back again with a 2022 sneak peek of the titles coming to bookshops, FLGs, and ebooks in the Spring. Over the coming months, we’ll be releasing the amazing covers that you have come to expect from us. So, whether you’re waiting for another story from Viking raided England, an… Read more.
Hola! Minotauro is bringing Aconyte Titles to Spain July 21, 2021 - Yes, you read it right, our novels are finally coming to Spanish readers in Europe and Central/South America thanks to Minotauro! The first titles will explore the eldritch horrors of the 1920s with pulp noir mysteries in Arkham Horror and the entertaining Japanese-inspired fantasy of samurai and magic that is… Read more.

"The Flower Path leaves me grasping for the next Daidoji Shin novel. It’s as good as Poison River if not better and does a good job of showing Shin thinking on his feet and dealing with having to keep the closed box closed while he investigates. It earns a five out of five from me and a very impatient wait for the next one." - Lauren's Bookshelf

"The Flower Path is a very fun mystery story, due in part to it taking place in one building over one night. There are no big investigations, no chasing after suspects, or catching up with witnesses after they've had time to think over what they saw. Everything that happens in The Flower Path takes place over just a few hours, and it's delightful." - Trans-Scribe

"The Flower Path is nothing less than Josh Reynolds at the height of his considerable talents as an author, an intricate, complex and tightly-plotted murder-mystery perfectly integrated into the Legend of the Five Rings setting, and populated with a richly-imagined cast of characters to create an elegant novel that might well be the best thing that Reynolds has ever written." - Sci-Fi and Fantasy Reviewer

18-04-22 What You Tolkien About Review The Flower Path

"I honestly felt like I was transported right into the heart of the court and clan dynamics and all the intrigue and espionage that goes on." - What You Tolkien About

"I had expected this book to be full of long, and dull to read battles, but Annandale beautifully keeps tension high to drive you through the pages. Descriptions are brutal, from the undead, to those slaughtered with their faces removed and returned unnaturally, and so true to the pulp-ish feel of the book, it certainly pulls no punches." - Tabletop Gaming Magazine

“Everything you would hope for from a Rokugan novel.” - Fistful of Meeples

"I liked the character development Dicken gave us, as I came to like them…even the villains. He used ancient Japanese societal norms to twist the plot and simultaneously educate the reader. I feel a little more intelligent after having read this book." - Kindles All the Way Down

"The story is fast paced, and very smart, with Miya using her brain far more than brawn which is refreshing. There is plenty of action, but also lots of discussions of archives and the key to the story is cartography which can be pretty suspenseful when done right, and Dicken does so." - Goodreads

"Despite being set in an established world, Dicken builds on this and makes it his own. From the description to the people and landscape everything vividly comes to life while you are reading, and it is a joy to read. Particularly the description and information on the cartography itself – the detail is mind-blowing." - What You Tolkien About

"I had expected this book to be full of long, and dull to read battles, but Annandale beautifully keeps tension high to drive you through the pages. Descriptions are brutal, from the undead, to those slaughtered with their faces removed and returned unnaturally, and so true to the pulp-ish feel of the book, it certainly pulls no punches." - Tabletop Gaming Magazine

Books in the world of Legend of the Five Rings