A mysterious city hidden in a snow-choked mountain pass: an opportunity and a threat for the noble Crab clan – it’s the setting for our first revealed novel! Arriving in bookstores in May 2020 is our first expedition into Legend of the Five Rings: Curse of Honor by David Annandale. Read on for the synopsis, extraordinary cover by artist Nathan Elmer, and some insightful questions for David.

The reckless pursuit of honor exposes an empire to demonic invasion, in this epic fantasy novel of duty and warfare.

Striking Dawn Castle defends the mountains between the Rokugan empire and the demon-haunted Shadowlands. When a mythical city is discovered in the forbidding peaks, Hida Haru, heir and sore disappointment to his family, seizes the opportunity to prove himself. His rash expedition ends in disaster – just one samurai returns alive, and Haru is lost. Before a power struggle can break out, Striking Dawn’s battle-hardened commander, Ochiba, is dispatched to rescue Haru. She succeeds against supernatural horrors, but Haru is… changed. Now, mysterious deaths and ill fortune plague his family. Something evil is loose and must be stopped, at any cost.

Tell us, why is honor a curse?

I’m exploring a number of ways in which honor can be a curse. For some, its pursuit can lead foolish decisions, as they chase after it with such single-minded purpose that they ignore warning signs that they are courting disaster. For others, their devotion to honour can warp their inner lives, as they deny themselves happiness for no other reason than the demands of a social construct. And for still others, the need to believe in they, and those close to them, are honourable can result in their inability to see danger, human or supernatural, until it is too late.

You’re known for your Warhammer and WH40K novels – what differences and what similarities did you encounter while writing in this setting?

The settings are very different, and these differences include everything from their inspirations to the fact that the Warhammer settings are for a miniatures war game, while Rokugan is designed for an RPG. Tonally, they are quite different too. But there is a similarity, and it is one of the reasons I find both so rewarding to write about, and that is their great richness. Like Age of Sigmar and 40K, the world of Legend of the Five Rings can be home to a near-infinite range of stories. High fantasy, sword-and-sorcery, political intrigue, murder mysteries, tangled family sagas, fraught romances, thunderous battle scenes, and still more are to be found here.

What aspect of the world of Rokugan do you find most fascinating or inspiring?

I don’t know if I could pick a single aspect. There are so many exciting things to explore in this world. What I’m obsessed with today might give way to a different obsession tomorrow. The great richness of Rokugan, for themes and stories and characters, is certainly one thing. But more specifically, at the moment, I find that I keep thinking about the complex social web of Rokugan, and how it creates a situation where, so often, there is a conflict between what a person feels they must be, and what perhaps they should be. 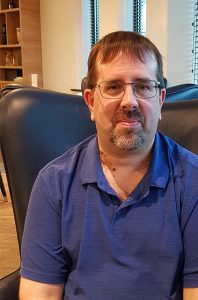 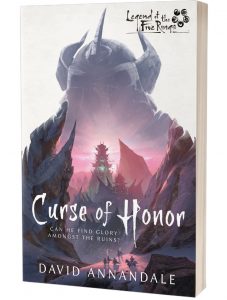 Curse of Honor is available for pre-order from major retailers now:

Comments
Feel the Terror of Arkham Horror: Wrath of N’Kai by Josh ReynoldsNext